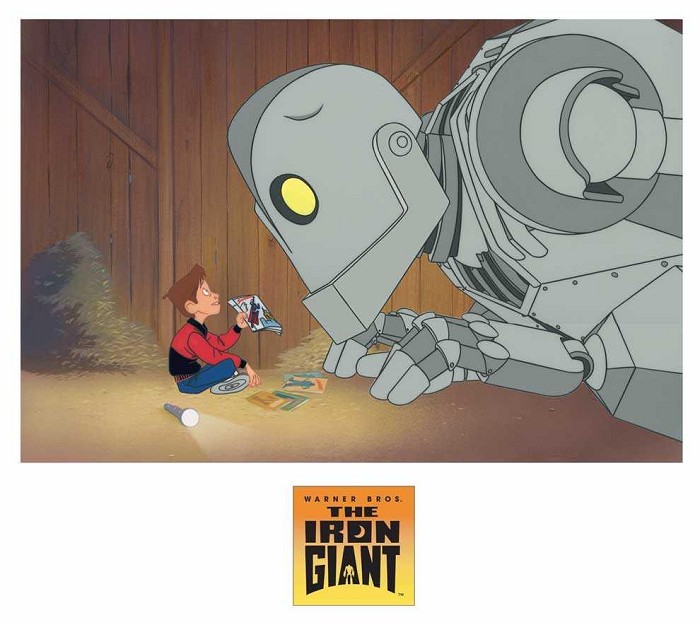 Brad Bird The Iron Giant A Giant Lesson   is eligible for layaway in 3 equal payments of $283.33 over 60 days.

As an option you may also pay for Brad Bird The Iron Giant A Giant Lesson using Paypal or with your Amazon Account(*select items). Please note that all orders must be delivered to a physical address verified by Paypal or Amazon. These options are not applicable for orders to be delivered to Military or International destinations.
For Military APO/FPO orders please use our standard checkout. For International Delivery, please click on the International Shipping Icon to see the landed cost to your country. No Sales Tax Except In The State Of Florida.

NOTES: The Iron Giant A Giant Lesson Hand-Painted Limited Edition Cel with Fine Art Giclee Background.
Believed to be one of the greatest animated features of our time, The Iron Giant treated viewers to a deeply-moving story of a boy befriending a giant robot whose emergence typified in some, the paranoia of Americas Red Scare period. This image was originally drawn by featured Iron Giant artist, Dean Wellins. It was transferred onto acetate in the classic animation style. The background was designed and hand-painted by award-winning background artist, Alan Bodner, who also was the Art Director of The Iron Giant. The piece is hand-numbered and signed by Academy Award winning Director, Brad Bird..

The Iron Giant A Giant Lesson   by Brad Bird

Phillip Bradley "Brad" Bird (born September 24, 1957) is an American film director, producer, screenwriter, and actor, who began his career as an animator. Bird developed a love for the art of animation at an early age and was mentored by Milt Kahl, one of Disney's legendary Nine Old Men. He was part of one of the earliest graduating classes of the California Institute of the Arts alongside John Lasseter and Tim Burton. Afterwards, Bird worked as an animator for Disney and wrote the screenplay for Batteries Not Included (1987). Bird served as a creative consultant on The Simpsons during its first eight seasons, where he helped develop the show's animation style. Afterwards, Bird left to direct his first animated feature, The Iron Giant (1999), which fared poorly at the box office but came to be regarded as a modern animated classic. He rejoined Lasseter at Pixar in 2000, where he would develop his second picture, The Incredibles (2004), and his third picture, Ratatouille (2007). Both films place among Pixar's highest-grossing features and gave Bird two Academy Award for Best Animated Feature wins and Academy Award for Best Original Screenplay nominations. In 2011, Bird transitioned to live-action filmmaking with Mission: Impossible – Ghost Protocol, which became the highest-grossing of its franchise. His latest film, Tomorrowland, starring George Clooney, was released in May 2015. 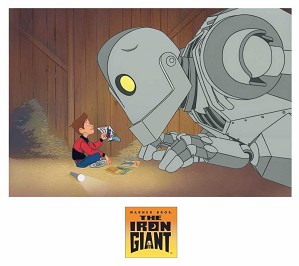