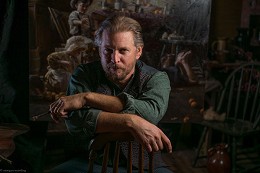 Morgan Westling Thy Will Be Done OPEN EDITION