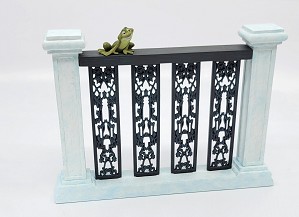 WDCC Disney Classics The Princess And The Frog Naveen (as Frog) On Balcony Kissing Would Be Nice Yes  .. 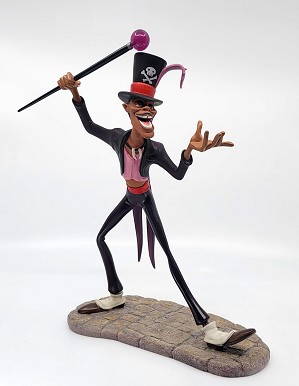 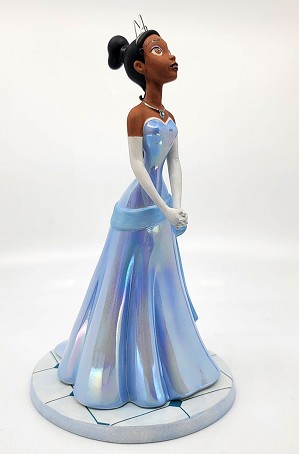 The Princess and the Frog is a 2009 American animated musical fantasy comedy film produced by Walt Disney Animation Studios. Written and directed by Ron Clements and John Musker, the film is loosely based on the novel The Frog Princess by E. D. Baker, which is in turn based on the Brothers Grimm fairy tale "The Frog Prince". Featuring an ensemble voice cast that stars Anika Noni Rose, Bruno Campos, Keith David, Michael-Leon Wooley, Jennifer Cody, and Jim Cummings, with Peter Bartlett, Jenifer Lewis, Oprah Winfrey, Terrence Howard, and John Goodman, the film, set in 1920s New Orleans, Louisiana, tells the story of a hardworking waitress named Tiana who dreams of owning her own restaurant. After kissing a prince who's been turned into a frog by an evil witch doctor, Tiana becomes a frog herself, and must find a way to turn back into a human before it's too late. The 49th animated film in the Disney animated features canon, The Princess and the Frog began production under the working title The Frog Princess. The studio's first traditionally animated film since 2004's Home on the Range, The Princess and the Frog marked Disney's return to traditional animation. Co-directors Ron Clements and John Musker, directors of Disney's highly successful films The Little Mermaid (1989) and Aladdin (1992), returned to Disney to direct The Princess and the Frog. The film returned to a Broadway musical-style format frequently used by Disney in the 1980s and 1990s, and features music written by composer Randy Newman, well-known for his musical involvement in Pixar films such as A Bug's Life (1998), Monsters, Inc. (2001), Cars (2006), and the Toy Story trilogy.The film opened in limited release in New York and Los Angeles on November 25, 2009, and in wide release by Walt Disney Pictures on December 11, 2009. The film received three Academy Award nominations at the 82nd Academy Awards: one for Best Animated Feature and two for Best Original Song. It lost to Up and Crazy Heart, respectively.