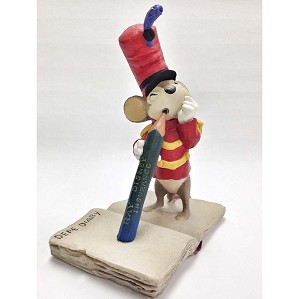 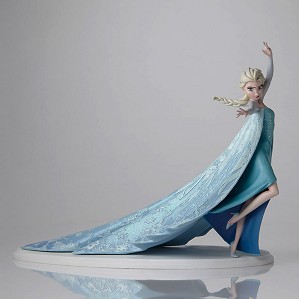 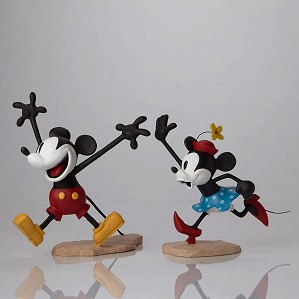 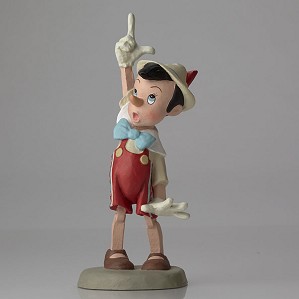 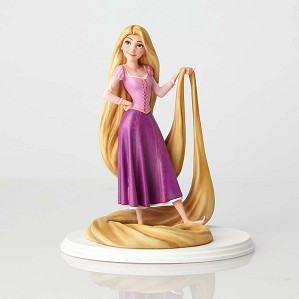 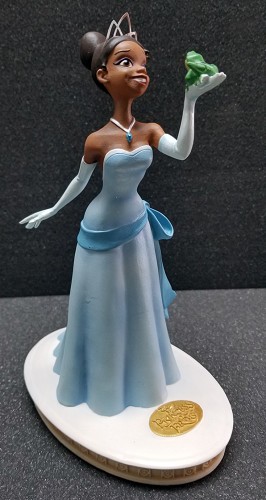 The Princess And The Frog Maquettes 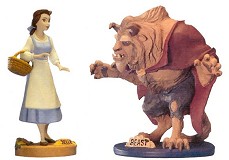 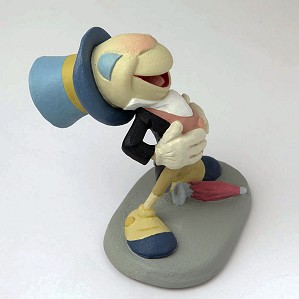 From Mickey Mouse to Snow White and the Seven Dwarfs, characters and stories introduced decades ago continue to be celebrated in brand-new films, television programs, merchandise items and theme park experiences. Recognizing the unique and enduring creative legacy started by Walt Disney, the Walt Disney Archives was established in 1970 to collect, preserve and make available for research the historical materials relating to Walt and the company he founded.

The Walt  Disney Archives Collection was developed through the shared efforts  of The Walt Disney Archives (a division  of the Walt Disney Company) and Enesco’s  Iconic  Licensed Brands Team comprised of several former Disney Employees with more than 80 years of combined Disney experience.

In developing  the collection,  we consult with  a variety  of experts including  the Disney Animation Research Library,  Disney Imagineers, Disney Master Artist,  David  Pacheco and Disney Feature Animation  artists and filmmakers.

The portfolio  contains both Maquettes and Stationery items.  The Limited  Edition Maquettes are available only to Authorized  Retailers.

What is an Animation Maquette? (Pronounced: ma-’ket)

• Three-dimensional character models
• Used by animators as a way to study crucial angles, reveal the play of light and shadow, and clarify issues of perspective.
• Pinocchio was the first Disney full-length film to use maquettes.

Why does the surface texture look different on the vintage maquettes compared to those from modern films?

• The earliest maquettes were sculpted by hand out of clay and were cast as a limited number of plaster models.
• These original plaster maquettes were digitally scanned by Disney Imagineering to create the production molds for the Walt Disney Archives Collection of reproduction maquettes.

Why does the paint coloration on Jiminy Cricket, Pinocchio and the Elephant from Fantasia look different than other products from these films?

• We hand-matched the colors to the vintage maquettes using the Disney paint palette to make this collection look like those originals would have looked when initially created.
• There are 3,800 paint colors in the Disney paint palette. Those initial paints used for Disney films by the Inking and Painting Department were created by chemists on the Disney Studio lot. Many of the paints from those early films were ground from natural pigments and refined until they were the consistency of a velvety smooth cream. 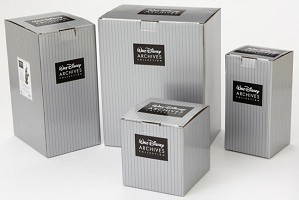 Walt Disney Archives Collection packaging is silver with black pinstripes. Each Maquette is a Hand Numbered Limited Edition and includes a Storycard and Certificate of Verification. 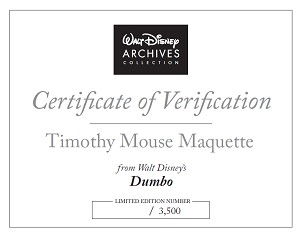