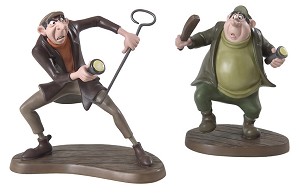 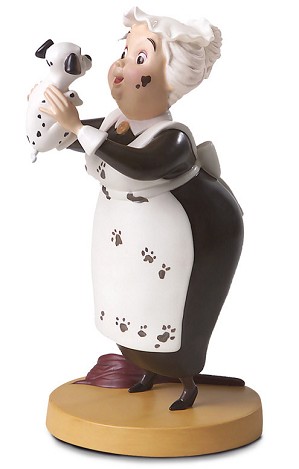 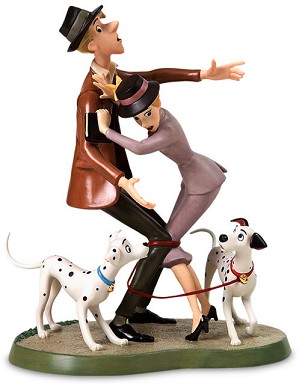 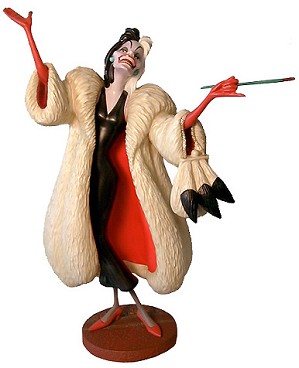 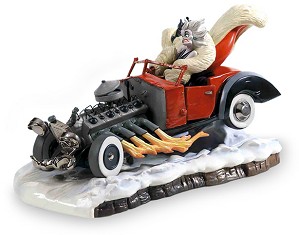 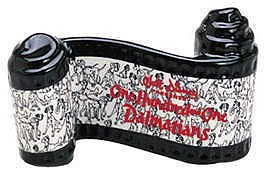 WDCC Disney Classics One Hundred and One Dalmatians Opening Title 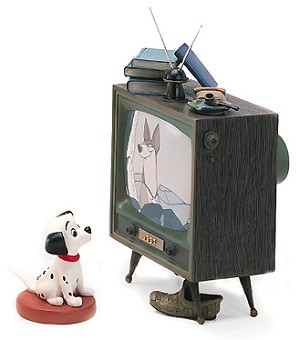 WDCC Disney Classics One Hundred and One Dalmatians Lucky And Television 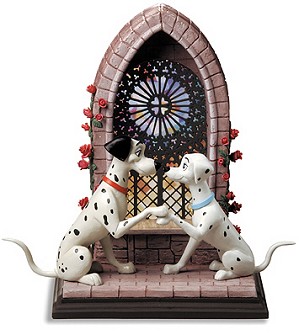 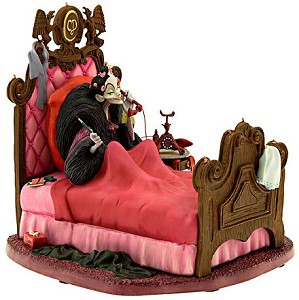 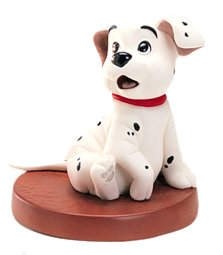 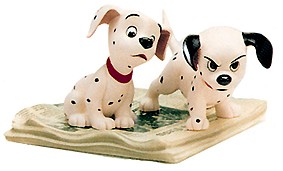 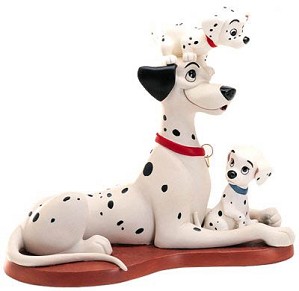 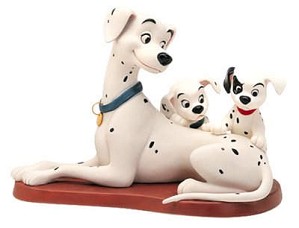 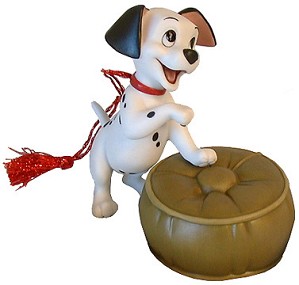 Pongo: Urbane and cosmopolitan, Pongo is London's most eligible, yet uncirculated, canine bachelor -- until he spots the lovely Perdita walking her "pet" Anita. A dog who finds the bachelor life boring, the dapper dalmatian immediately takes matters into his own paws and arranges an "introduction." How could Perdita resist? Marriage, a new home ... and a bouncing family of 15 puppies soon arrive. Pongo's a proud and loving father (and the best dog in the world, as far as the pups are concerned), and he won't let anything stand in the way of his family's happiness. Not even that evil woman, Cruella De Vil.

Perdita: Quiet and refined, Perdita isn't too sure about the raffish Pongo when they first meet, but she never regrets her choice. When she and her mate are blessed with a healthy and rambunctious litter of pups, she's the happiest dog around -- or would be, if it weren't for her uneasy premonitions about that "devil" Cruella and her designs on the pups. Perdita's a dog who trusts her intuition. So when her babies vanish, she knows exactly who took them. Although she loves the comforts of hearth and home, she's willing to leave them behind and take on a frightening journey to save her beloved children -- as long as her dashing husband is by her side.

99 Dalmatian Puppies: These pups may be difficult to tell apart, but they're all individuals. From the moment they arrive during a dark and stormy night, their personalities ARE set. Lucky, the runt of the litter, likes television -- maybe a little too much (Penny and Freckles always have to keep telling him to get out of their way so they can see too). Rolly's always hungry -- even in the middle of their great escape he wouldn't mind stopping for a quick snack. If Patch had to face their favorite TV bad guy, Dirty Dawson, he's sure he wouldn't let that "yellow-livered old varmint" escape. He's not quite as feisty, though, when faced with real-life villains like Horace and Jasper. Still, the pups do have one important thing in common, and that's a dose of bravery much bigger than themselves. When evil Cruella puppy-naps them away from hearth and home, these kids chip right in to save their own skins.

For viewers who find it difficult to discriminate between so many adorable spotted pups, here's a few tips: the boy pups wear red collars (like their father, Pongo) and the girl pups wear blue (like Perdita). Patch has a black patch around his eye, Lucky has two black ears and a horseshoe-shaped spot pattern on his back (as well as an insatiable appetite for television), Rolly's a bit pudgier than the others, Freckles has a few spots sprinkled on his nose, dainty Penny has the fewest spots of all ... and for the rest, you're on your own.

Cruella De Vil: Ask Cruella how she's feeling and she'll reply with extravagant glee, "Miserable, darling, as usual. Perfectly wretched." And that's the way she likes it. Fur coats are her only love in life. She adores fur, "absolutely lives for it," and the fur she lives for today is the spotted variety -- dalmatian, that is. Roger and Anita's dalmatians. "Such perfectly beautiful coats," she purrs as she plots, thinking how much better those spots would look on her. Who cares if Pongo and Perdita's tiny pups are rather attached to that fur -- or that they're not for sale at any price? She'll do whatever she has to do to get those beasts and their coveted coats. And once in her evil hands, those puppies must never leave "Hell Hall" alive. Cruella may live for fur -- but the pups, well, she doesn't give much thought to them.