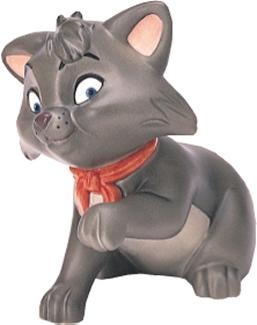 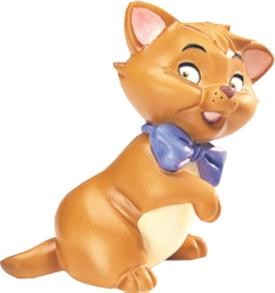 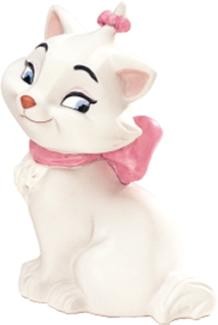 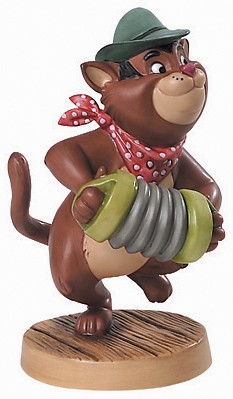 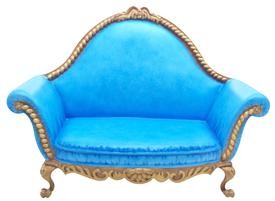 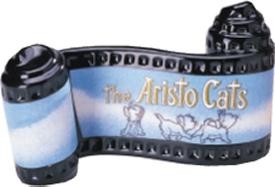 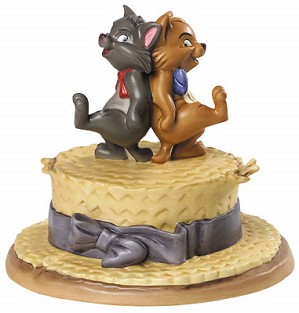 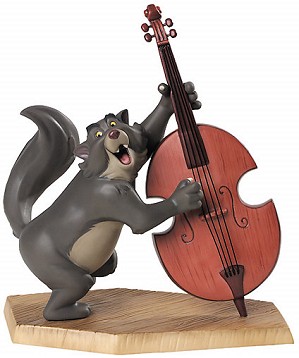 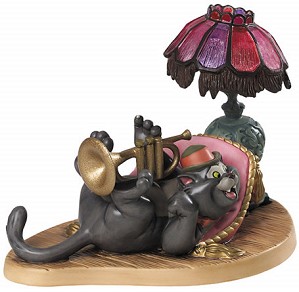 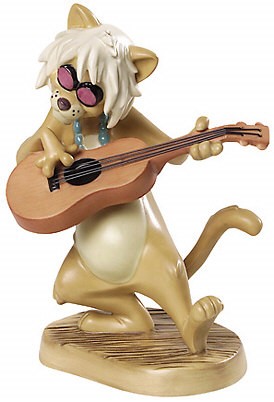 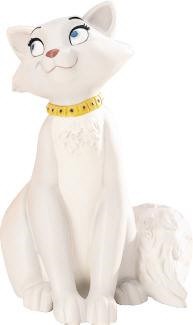 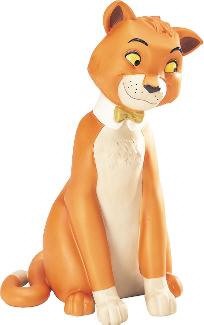 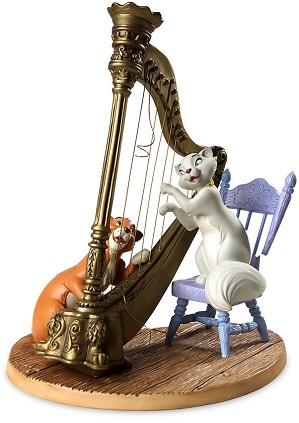 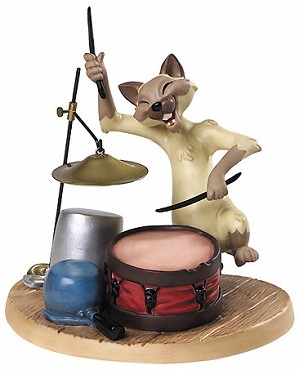 Animated feature in which a pedigreed mother cat, Duchess, and her three kittens, Toulouse, Berlioz, and Marie, are catnapped by a greedy butler named Edgar who hopes to get the inheritance left to the family of cats by their owner, Madame Bonfamille. Things look hopeless for the cats until they are befriended by Thomas O'Malley, an easygoing alley cat. After the cats have many misadventures getting back to Paris, the villainous butler is foiled when a gang of alley cats and a mouse named Roquefort join O'Malley to rescue Duchess and her kittens.

Edgar: The supercilious, scheming butler Edgar is the bumbling villain of "The Aristocats," although he is not entirely unjust in his thinking. What sense is there in leaving all that money to a bunch of pampered cats? His major crime is impatience: If only he were prepared to wait a few years, the money would be his anyway, and, in the meantime, he would no doubt be comfortably "employed" by the wealthy Aristocats. Moreover, even if he had succeeded in dispatching the cats to distant parts, there would have always been the risk that Madame Bonfamille might take on another family of cats and change her will again.

Edgar is a very British villain, and in his tailored jacket and gray-blue trousers, he is really quite genteel. Moreover, Edgar is not a totally evil fellow. If he can lace the cats' meal with sleeping powder, he could just as easily use a more lethal ingredient, but he doesn't. In some ways, our sympathies lie with Edgar.