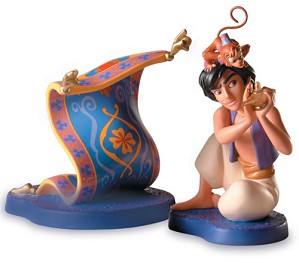 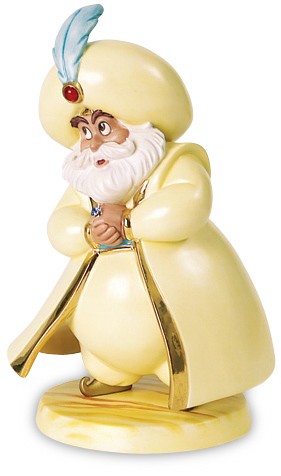 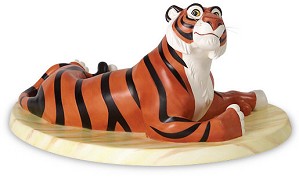 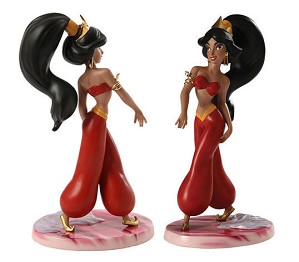 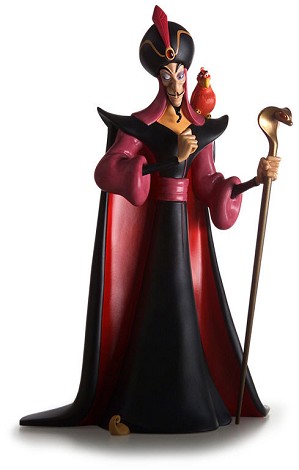 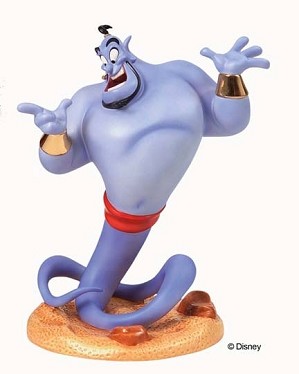 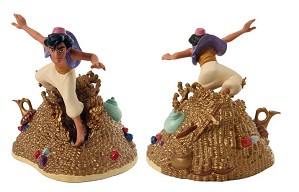 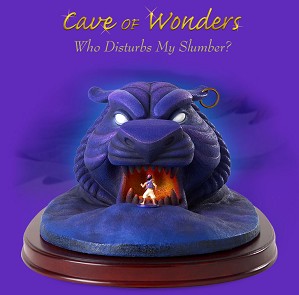 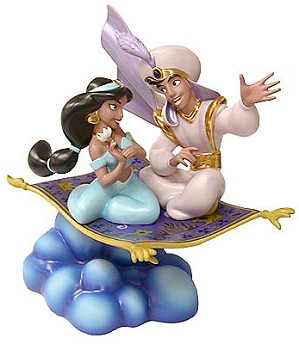 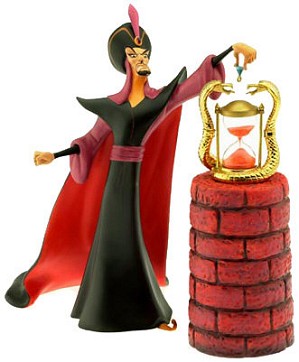 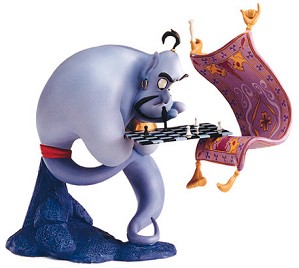 Aladdin is one of the classic Disney heroes: born and raised among a den of villains, yet brave, intelligent, clean, steadfast, and quick-witted, even if he happens to be a street thief at the moment. In short, he's a diamond in the rough. The animators' portrayal of Aladdin is not typical of Disney; his eyes are large, like those of a Disney heroine, and the lineaments of his body are freer-flowing and more rounded than is usual for Disney heroes. The biggest difference from the norm is that, unlike most youthful Disney heroes, he's a doer rather than a passive character; in this respect he closely resembles Peter Pan from four decades earlier.

The wacky and wisecracking Genie has, among other functions, the purpose of providing a burst of slam-bang comic relief (somewhat in the style of the similar Wilbur from "The Rescuers Down Under"). In his first encounter with Aladdin, he presents the youth with an incredibly fast-moving parade of verbal tricks, shape-shifting impersonations, and stand-up comedy routines -- all the while singing a rambunctious song. Freed from a lifetime of confinement, Genie radiates energy and geniality.

The beautiful Jasmine, daughter of the Sultan, is only a few days short of her 16th birthday; the day on which, by law, she must choose a husband. However, she wants to marry for love, so -- to her father's great dismay -- she keeps turning away her high-born suitors. She then decides to flee the luxuries of the palace for the wild adventure of the marketplace ... where she happens to fall into the company of a young street thief, Aladdin. Headstrong and impetuous, she makes a perfect match for Aladdin, although a street thief is hardly prince material. But after saving the Sultan and the kingdom from the harmful ways of the evil Jafar, Aladdin and Jasmine have all the blessings they need to live "happily ever after."