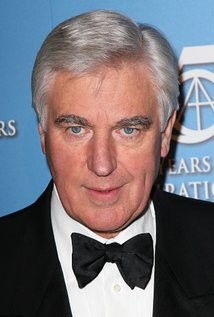 Represented by The Collection Shop Updated on Tuesday, August 9, 2022

Norman Stuart Craig OBE (born 14 April 1942) is a noted British production designer. He has also designed the sets, together with his frequent collaborator set decorator, the late Stephenie McMillan, on all of the Harry Potter films to date. At Potter author J. K. Rowling's request, he worked with Universal Creative team to design the Wizarding World of Harry Potter at Universal's Islands of Adventure theme park. Rowling said in a December 2007 interview on the Potter podcast PotterCast, "The key thing for me was that, if there was to be a theme park, that Stuart Craig  would be involved.  More than involved, that he would pretty much design it. Because I love the look of the films; they really mirror what s been in my imagination for all these years". He has been nominated for 10 Academy Awards, and has won three: in 1982 for Gandhi, in 1988 for Dangerous Liaisons, and in 1996 for The English Patient. He has been nominated for a BAFTA award fourteen times, including for first six and last Potter film, and has won twice: in 1980 for The Elephant Man and in 2005 for Harry Potter and the Goblet of Fire. Stuart Craig has been nominated for a BAFTA Award for consecutive six films in a row, viz. for consecutive first six Harry Potter films. For his work on The English Patient, Harry Potter and the Philosopher's Stone, Harry Potter and Order of the Phoenix, Harry Potter and the Half-Blood Prince, and Harry Potter and the Deathly Hallows Part 1 and Part 2, Craig was nominated for an Art Directors Guild award and won the same for The English Patient and Harry Potter and the Deathly Hallows Part 2. The Guild has also honored Craig with a Lifetime Achievement Award at the awards ceremony on 16 February 2008.