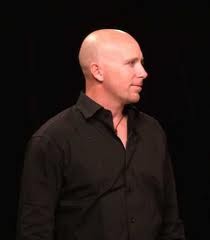 Represented by The Collection Shop Updated on Monday, October 25, 2021

Stephen Fishwick infuses every original creation with the passion that drives his art and performances. A renowned international talent, Stephen creates vibrant, striking works of art. Stephen knew he wanted to be an artist at the age of seven. However, once his mother explained to him the perils of life as a starving artist, he simply stated, "Then I guess I ll just be Spiderman." After the likelihood of that reality settled in, Stephen returned his heart to art and took his first formal painting class at age ten. It was in high school that his art first earned him accolades. With the persistence of his senior-year art teacher, he prepared a strong portfolio; fine enough to open the doors for him to attend the Art Institute of Pittsburg. Less than a year later, he started working as a professional artist, drawing caricatures and illustrations. "Every day I fall in love with drawing the human face and form," he says. "My sketchbooks are filled with drawings of life, from people to animals." In 1996, Stephen began expanding his artistic education beyond caricatures by studying traditional drawing and painting under Jeff Watts at the Watts Atelier of the Arts, in Southern California. After plying his trade in art professionally for more than two decades, Stephen founded "Paint in Motion", his brand of a live performance art form known as speed painting. Paint in Motion was a natural extension of his talent and passion in which he creates dynamic live portraits of icons such as the Jimi Hendrix, Ray Charles and Bono set to music. His goal is always to share with the crowd the electric euphoria that he gets from painting live on stage and his hope is to ignite that natural creative spirit in each of us. Stephen has traveled with this stunning, high-energy show around the world to such locations as Beirut, Kuwait, Germany, New York and Las Vegas. An extension of Paint in Motion is Splash! Animals, a conservation-focused live art show that travels the world educating people about the plight of endangered species that has been featured at the San Diego Zoo and Downtown Disney. Stephen is also the owner of Launch Live Art Entertainment an entertainment company providing live performance art and show production, as well as being a single source for booking artists for live event productions. Stephen s business experience also includes nearly two decades of producing artwork for corporate America. His professional clients include The National Football League, Microsoft, Coca-Cola, Volkswagen, Honda, Anheuser-Busch, Disney, The San Diego Zoo and National Geographic to name a few.

Stephen Fishwick Goodbye to the Sun From Lilo And Stitch

Stephen Fishwick The Girl by the Stream

Stephen Fishwick Wicked Doctor From The Princess And The Frog