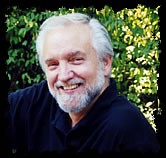 Lee Bogle In The Garden

Lee Bogle Into The Light

Lee Bogle The Noble One

Lee Bogle The Noble One