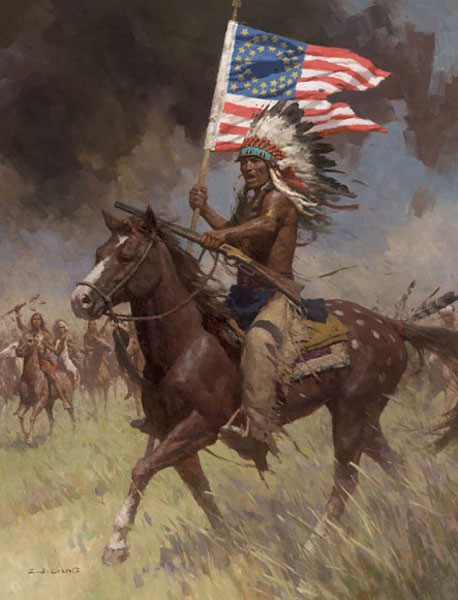 As an option you may also pay for Z.S. Liang Lakota Warriors Little Big Horn June 25 1876 - Canvas using Paypal or with your Amazon Account(*select items). Please note that all orders must be delivered to a physical address verified by Paypal or Amazon. These options are not applicable for orders to be delivered to Military or International destinations.
For Military APO/FPO orders please use our standard checkout. For International Delivery, please click on the International Shipping Icon to see the landed cost to your country. No Sales Tax Except In The State Of Florida.

NOTES: The original works of Z.S. Liang are quickly becoming unattainable. Offerings of his new paintings are, more often than not, handled by draw or silent bid. At this year’s Masters of the American West at the Autry National Center, collectors never even had the chance to bid on his silent-auction entry. That painting won the Purchase Award for 2011, so the museum had already secured it for their collection.

The work of this great artist is in high demand and that demand is only going to grow. No other Western artist is tracking in the market like Liang. And while the originals are hard to come by, his work is attainable in Fine Art Editions from The Greenwich Workshop.

It is paintings such as Lakota Warriors, Little Big Horn, June 25, 1876 that have collectors taking notice. Power and strength of composition and a master’s brushwork combine with a storyteller’s passion for the untold experiences of Native Americans.

“During late 1875 and early 1876,” begins Liang, “young warriors were slipping away from their agencies to join bands of non-treaty Indians in the country east of the Bighorn River. American government authorities, in response to reports of this, ordered all Lakota bands to return to their reservation by February 1, or face the consequences. Sitting Bull, Crazy Horse and the other leaders not only ignored the order, they were determined to fight for their freedom.

“By mid-June, Sitting Bull and his followers were camped along the Little Bighorn River. And the U.S. Army was on their way to force the Indians to return. On June 25, Lieutenant Colonel George Armstrong Custer and approximately 250 Seventh Cavalry solders attacked this Indian village. They found themselves confronted by an enormous encampment thronging with furiously committed warriors. They were quickly surrounded and annihilated in what American history would refer to as ‘Custer’s Last Stand.’

“Known to the Indians as the Battle of the Greasy Grass, this painting focuses on the combined tribes celebrating their victory. The main figure is a Lakota warrior. He is holding, as his trophy, a Seventh Cavalry 35 Star guidon. (This unit marker became official in 1862 and was still in use when Custer rode west.) This flag and the spear point of the pole, specific to that time period, were provided to me by a good friend and Civil War historian from his personal collection.”

Z.S. Liang’s Lakota Warriors is available as both a Fine Art Giclée Canvas and Fine Art Giclée Paper. Both are produced to The Greenwich Workshop’s and Liang’s exacting standards specifically for collectors like you. Remember, the only Z.S. Liang you could possess that’s finer would be the original work of art itself.
.


Lakota Warriors Little Big Horn June 25 1876  Canvas by Z.S. Liang  is signed by the artist and comes with a certificate of authenticity. 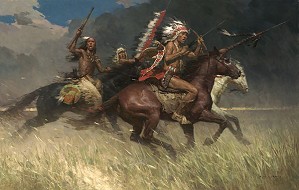 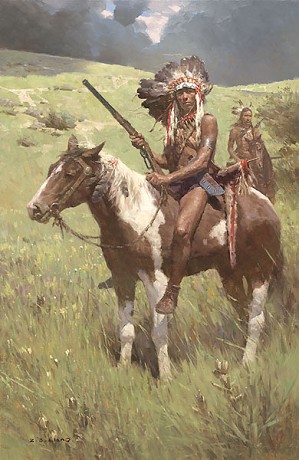 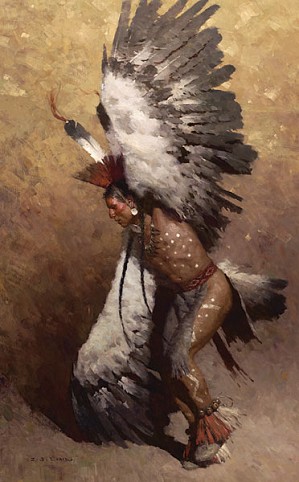 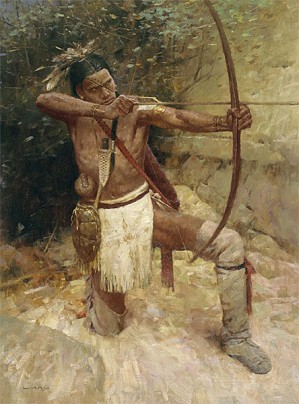 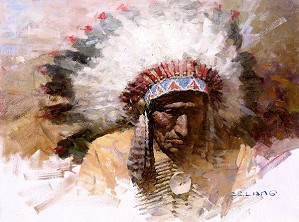 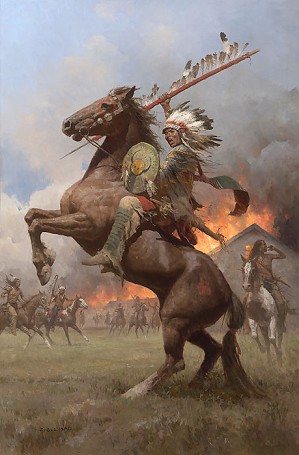