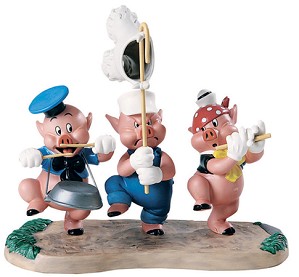 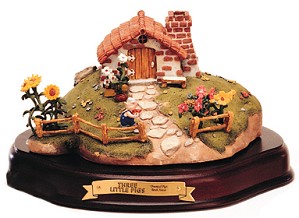 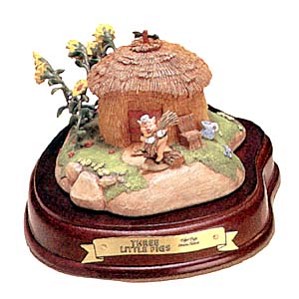 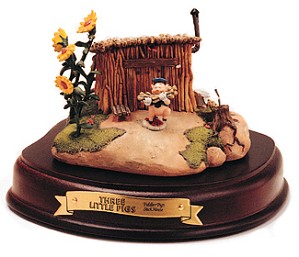 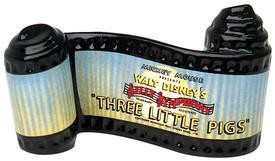 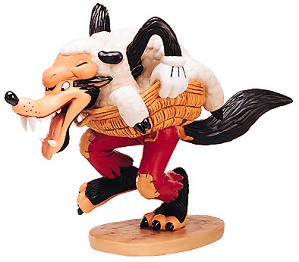 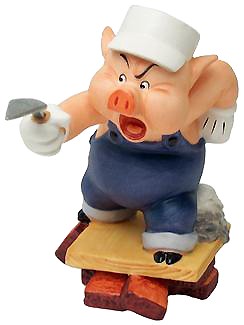 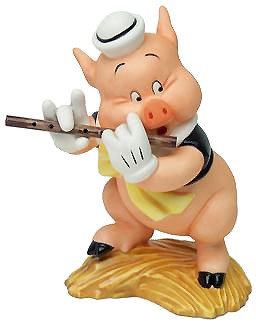 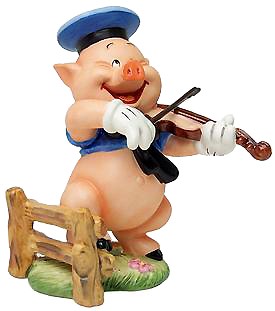 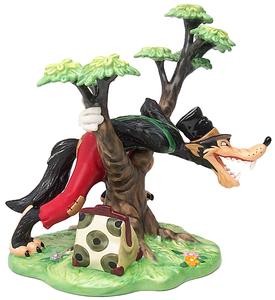 They may look alike as three pigs in a pod, but Piper, Fiddler, and Practical don't always get along. Piper and Fiddler are carefree ne'er-do-wells who'd rather dance a jig or play a song than put their backs into any work. They don't "give a hoot" for the future or any old "big, bad wolf." "Live for the moment" is their motto. Who's afraid? Not them. As for their brother, they don't call him Practical Pig for nothing. He's a cool customer who always thinks ahead. Solid as a brick and twice as steadfast, he knows that "work and play don't mix" and that if his siblings don't learn a lesson, someday they'll be singing a different tune. Hopefully, with a little bit of luck and a lot of help from Practical, it won't be their last.

The Big Bad Wolf: The Big Bad Wolf always likes to say that "Pigs are mighty good eatin'." Though he figures a couple of foolish pigs like Fiddler and Fifer ought to be easy pickings, he doesn't rely just on his claws, but on craftiness too. He's a regular wolf in sheep's clothing, pretending to be an innocent lamb or even Little Bo Peep. If that doesn't get the pigs -- he's got his surefire ace up his sleeve. "I'll huff and I'll puff and I'll blow your house in!" He's got lungs the size of hot-air balloons and they hold just as much wind.

The Big Bad Wolf is more than just a stock adversary: He is a properly rounded character. Obviously, he is a master of disguise, and he possesses a fair degree of innate guile. The fact that he always fails to achieve his goal is due entirely to Practical Pig's resourcefulness -- perhaps assisted by the Wolf's own overpowering greed.

The character was originally going to be called "The Big Old Wolf," as in the traditional versions of the story. However, the phrase "The Big Bad Wolf" in the soon-to-be hit song skipped more easily off the tongue, and Walt decided to change the character's name -- probably one of the most popular decisions he ever made.