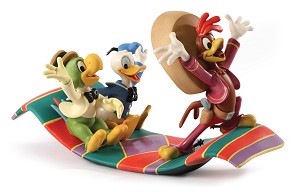 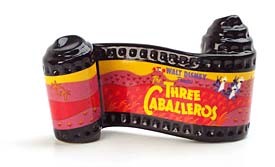 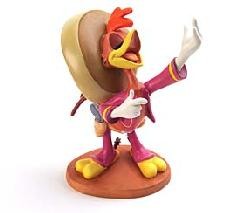 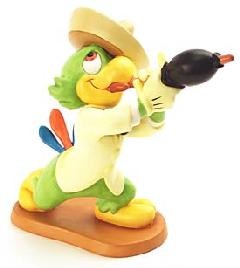 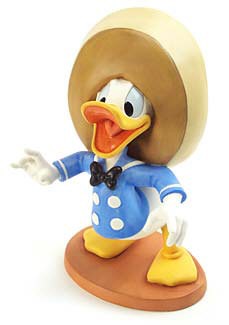 JOSÉ CARIOCA: José Carioca is a playboy parrot, and if there's one thing he loves more than the ladies, it's his native land of Brazil. So it's his pleasure to become Donald Duck's suave tour guide. Whether they visit the seaside village of Baěa or the capital city, Rio de Janeiro, he's determined to show Donald that his land's greatest treasure might just be the samba. Both a dance and a musical rhythm, the samba is not unlike José himself: Mix one part bouncy beat, two parts tropical tempo, and three parts Rio romance, and you've got a melody shaken purely for fun.

PANCHITO: "Iiieeee-ah-ah!" cries Panchito, the singing red rooster gaucho (cowboy) from Mexico. The third of the Three Caballeros, he treats his pals Donald Duck and José Carioca to a trip through Mexico on his magic serape (Mexican blanket). Proud of his beloved country, he makes the mistake of bringing them to Acapulco Beach, where Donald goes ga-ga for the local bathing beauties. So Panchito and his blanket swoop down to carry the rambunctious duck away before he gets too ... carried away.