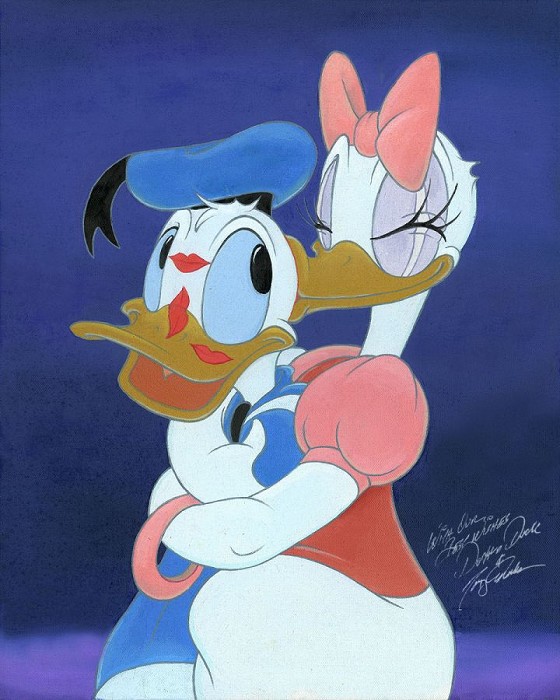 Tony Anselmo Kisses for Mr. Duck  Giclee On Canvas is eligible for layaway in 3 equal payments of $108.33 over 60 days.

As an option you may also pay for Tony Anselmo Kisses for Mr. Duck - Giclee On Canvas using Paypal or with your Amazon Account(*select items). Please note that all orders must be delivered to a physical address verified by Paypal or Amazon. These options are not applicable for orders to be delivered to Military or International destinations.
For Military APO/FPO orders please use our standard checkout. For International Delivery, please click on the International Shipping Icon to see the landed cost to your country. No Sales Tax Except In The State Of Florida.

Kisses for Mr. Duck  Giclee On Canvas by Tony Anselmo  is signed by the artist and comes with a certificate of authenticity.

Growing up in Northern California, Tony was inspired by the first movie he had ever seen, "Mary Poppins", and as a boy began drawing and making Super 8 films. His drawings earned him a full scholarship from the Disney family to CalArts, the fabled art school that had bred so many Disney artists. Tony arrived at The Walt Disney Studios at age 20, hand-picked and trained by Walt Disney's "Nine Old Men", he focused solely on a career in animation. As a highly skilled animator, he worked on nearly every traditionally animated (i.e. hand-drawn) Disney feature film from 1980 to date, however, it was his apprenticeship with Clarence “Ducky” Nash, the original voice of Donald Duck, that would eventually lead Tony to his second career at Disney behind the microphone as Donald's voice. In 1990, when The Walt Disney Studios released The Prince and the Pauper, Tony became the first person to animate AND voice Donald Duck. He is a member of the Academy of Motion Picture Arts & Sciences, and serves on the Animation Executive Committee. In 2009, Tony became a recipient of The Walt Disney Company’s Disney Legend Award. 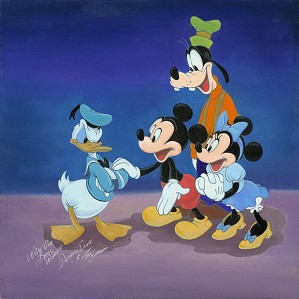 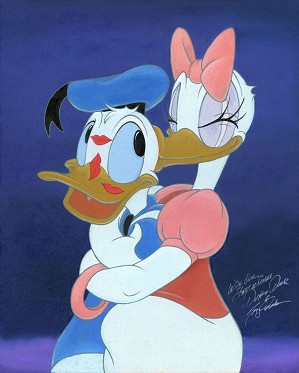 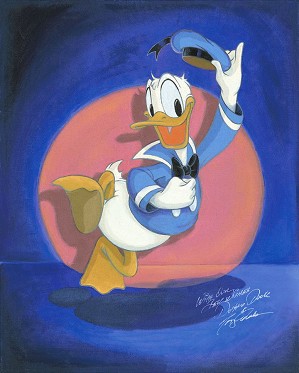