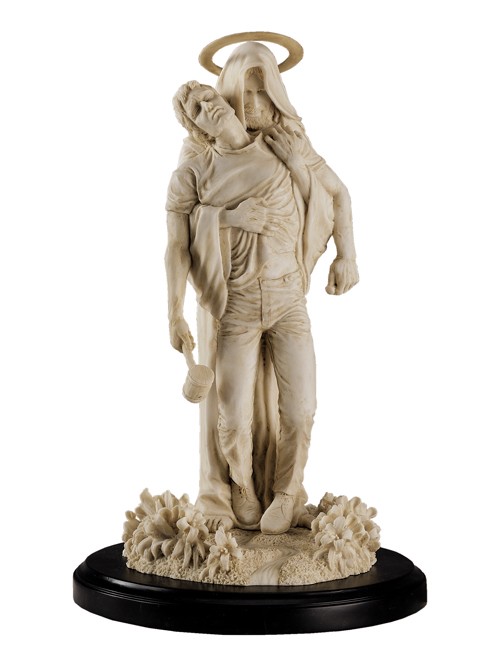 NOTES: Thomas Blackshear uses powerful symbols in every detail of "Forgiven" - from the healing strength of the large hands of Christ, to the lilies representing His resurrection and the new life that is ours when we accept Him.
The scene of “Forgiven” is Mt. Calvary. A despairing man has a mallet in one hand and a large spike in the other. Both symbolize that each of us is responsible for Christ’s death on the cross. Jesus Christ is holding up this broken man; at Christ’s feet are broken chains, representing the sin that was overcome at Calvary. There is a trace of blood on Christ’s hands, and in the place where the blood has fallen, lilies have grown. . 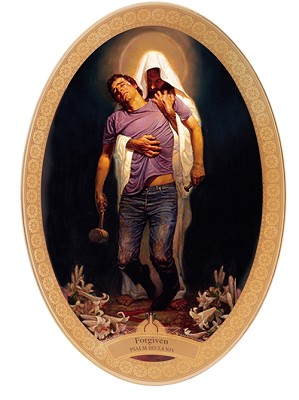 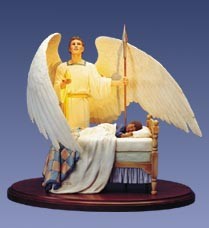 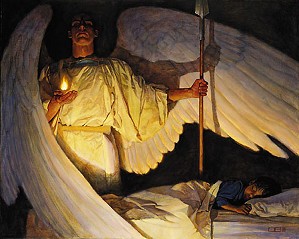 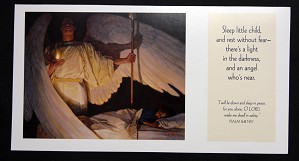