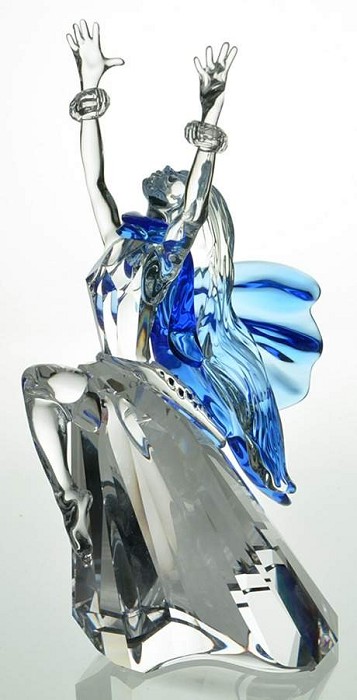 NOTES: Isadora, the first edition in the SCS 2002-04 Music of Dance trilogy, was inspired by Isadora Duncan, the great innovator in modern dance. Issued as a limited edition available only to 2002 members of the society, Isadora is constructed entirely of faceted and non-faceted clear crystal with blue crystal accents. It features an exceptional design, a flowing blue crystal scarf and movable bracelets.. 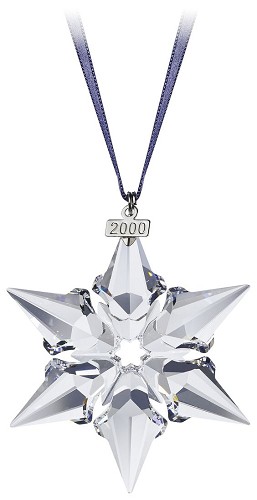 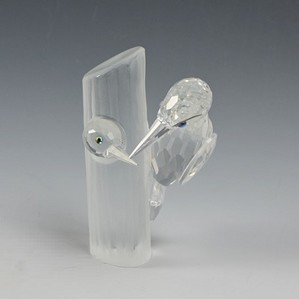 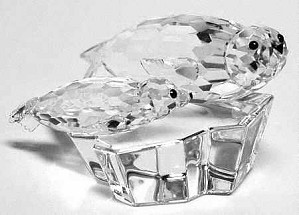 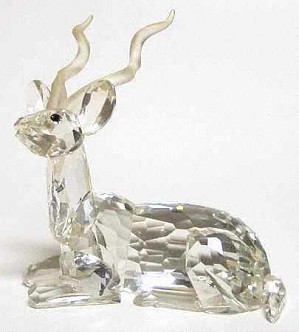 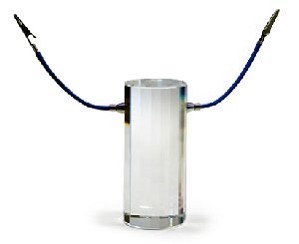 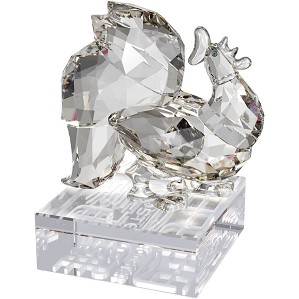