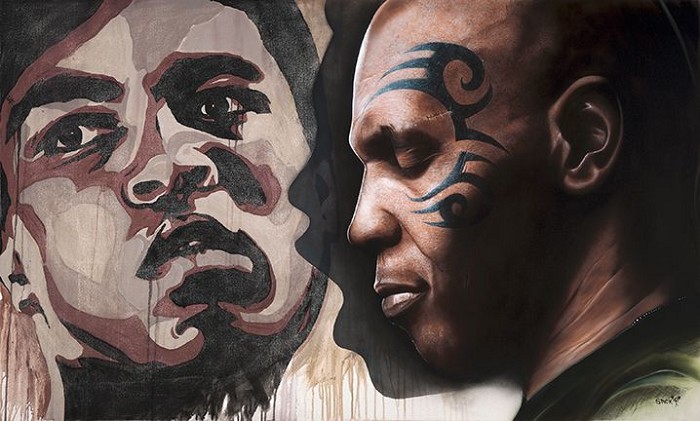 Stickman We Were Kings - Mike Tyson/ Muhammad Ali  Giclee On Canvas is eligible for layaway in 3 equal payments of $166.67 over 60 days.

As an option you may also pay for Stickman We Were Kings - Mike Tyson/ Muhammad Ali - Giclee On Canvas using Paypal or with your Amazon Account(*select items). Please note that all orders must be delivered to a physical address verified by Paypal or Amazon. These options are not applicable for orders to be delivered to Military or International destinations.
For Military APO/FPO orders please use our standard checkout. For International Delivery, please click on the International Shipping Icon to see the landed cost to your country. No Sales Tax Except In The State Of Florida.

NOTES: We Were Kings - Mike Tyson/ Muhammad Ali. This piece was actually conceptualized in October 2015. The conversation started with a discussion about my fascination with the power, opulence and decadence of rock stars and how this lead to them to being my primary subject focus. We discussed how the term “rock star” became synonymous with excellence in any field and how the term “like a rock star” became a euphemism to express this. We tried to think of another profession where an individual was given this type of power, where the decadence and controversy was almost celebrated. The only profession that came to mind was that of the heavy weight champion of the world. Not so much these days, but anyone over forty can attest that to be the heavy weight champion was to be the king of the world. Who ever held those belts, enjoyed the same and maybe even surpassed that of a rock star. Prior to the late nighties, the champ was pretty much a fifth Beatle. Ali originally came to mind for this piece due to his brash, charismatic persona, however, I was much too young to really know Ali in his prime. Mike was an obvious choice as I was a huge fan. Mike is the living embodiment of my rock star analogy above, complete with the controversy, opulence and notoriety. After settling on a Tyson piece, I ran the idea pass a close friend of mine who also happens to be a close personal friend of Mr. Tyson. He provided me with insight into Mike’s admiration and respect for Ali – it was then that I decided to embark on a joint tribute piece to both fighters. Obviously after the passing of Mr. Ali, the direction of the piece changed but the title “We Were Kings” was never more pertinent and important..

We Were Kings - Mike Tyson/ Muhammad Ali  Giclee On Canvas by Stickman  is signed by the artist and comes with a certificate of authenticity. 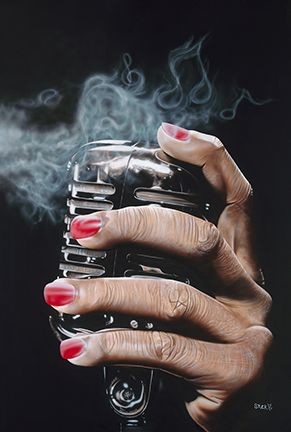 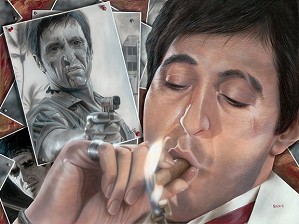 Stickman In This Country, You Gotta Make the Money First - Scarface 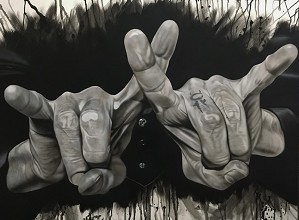 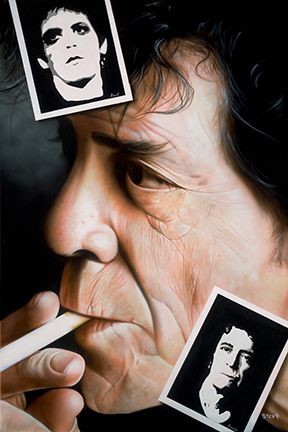 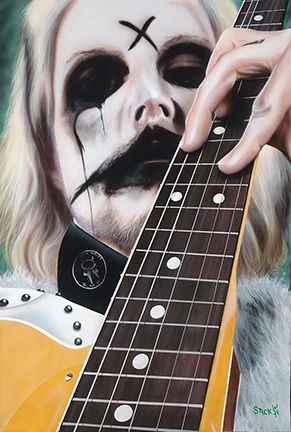 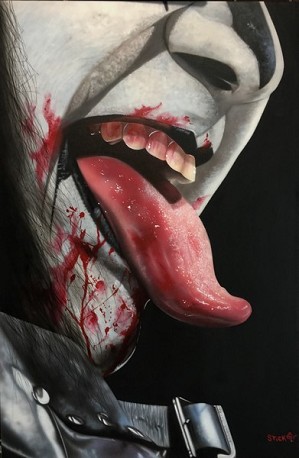 Stickman I Was Raised by Demons - Gene Simmons