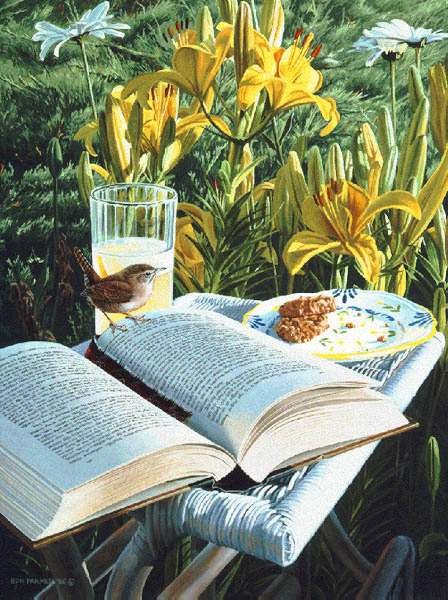 Summer Reading Limited Edition Print   by Ron Parker  is signed by the artist and comes with a certificate of authenticity.

"How does someone become an artist when they hadn't been drawing instinctively from an early age? In the case of Ron Parker, it was simply a matter of self- preservation. Wildlife became so familiar to him while on nature walks with his son that they pressed the issue. ""When the animals started crawling up my leg,"" he says, ""I started painting them."" There were hints of his fine art career in his early life, but they weren t overwhelmingly obvious. He was born and raised amongst the beauty of British Columbia, but graduated from Lord Byng High School in Vancouver without a set career path. ""My college career,"" he says, ""was eclectic."" Parker knew that fine art was a true calling when he found himself approaching the subject with a dedication he had not experienced and the animals around his home started getting familiar. Each year for the next ten years he devoted himself to a different artistic challenge—light, composition, design, etc. When the ten years were done Parker s career as a fine artist was well on its way, impressing collectors with more than a dozen one-man shows across the continent. He was named ""Artist of the Year"" for the 1994 Vancouver International Wildlife Art Show, was commissioned by the Royal Canadian Mint to create sea otter images that would appear on coins and his paintings have been repeatedly selected for the prestigious Leigh Yawkey Woodson Art Museum s exhibitions."

Ron Parker GRIZZLIES AT THE FALLS 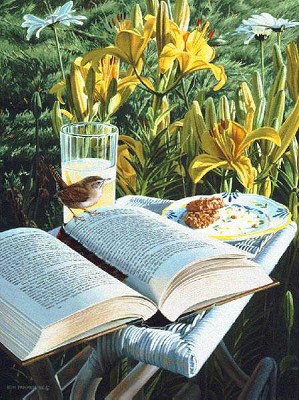