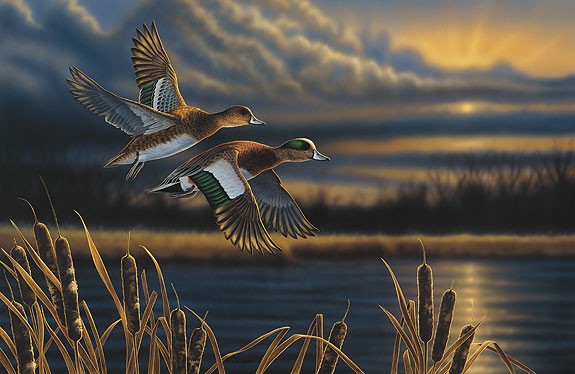 NOTES: Widgeon are widespread across the United States, the artist says, but I find that duck hunters and waterfowl enthusiasts alike have a particular soft spot for them. The patch around the drakes eye is a spectacular green, and in flight both drake and hen display the striking contrast of gray throat and burgundy brown breast..

Widgeon - Out Front Limited Edition Print   by Richard Clifton  is signed by the artist and comes with a certificate of authenticity.

"Richard Clifton, a Delaware native, is a self-taught artist who has chosen the classic genre of waterfowl as his specialty. His success has been marked by numerous accolades. Since 1991, when he won his first duck stamp contest, Clifton has accumulated nineteen state stamps in just eight years—placing him fifth on the all-time duck stamp list for awards. Richard was selected to paint the 1996 Australian duck stamp. In 1997, he won the New Hampshire contest for the third time and in 1998, he became the first three-time winner in his home state. In 1999, Richard agreed to paint the New York and New Jersey duck stamps bringing his total number of stamps to twenty-three over all. Richard s work has been shown at the country s finest art shows, including the Southeastern Wildlife Exposition and the Oklahoma Wildlife Art Show and he has been chosen artist of the year by many conservation groups and Ducks U" 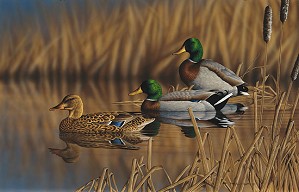 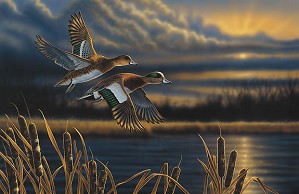