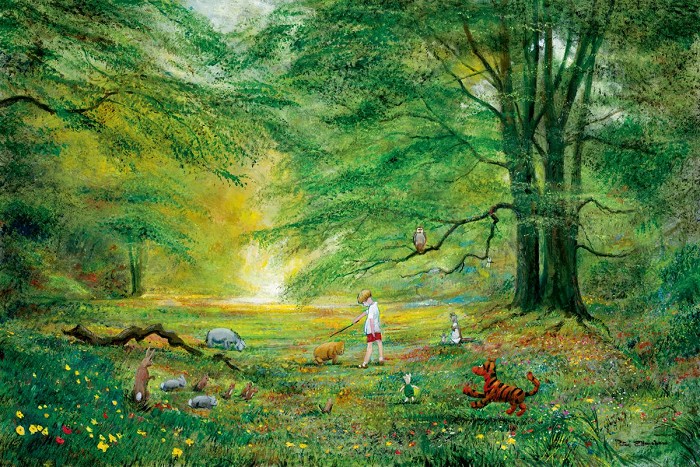 Peter / Harrison Ellenshaw The Knighting Of Pooh Winnie The Pooh  Giclee On Canvas is eligible for layaway in 3 equal payments of $400.00 over 60 days.

As an option you may also pay for Peter / Harrison Ellenshaw The Knighting Of Pooh Winnie The Pooh - Giclee On Canvas using Paypal or with your Amazon Account(*select items). Please note that all orders must be delivered to a physical address verified by Paypal or Amazon. These options are not applicable for orders to be delivered to Military or International destinations.
For Military APO/FPO orders please use our standard checkout. For International Delivery, please click on the International Shipping Icon to see the landed cost to your country. No Sales Tax Except In The State Of Florida.

The Knighting of Pooh (New) - CEA65  Giclee On Canvas

The Knighting Of Pooh Winnie The Pooh  Giclee On Canvas by Peter / Harrison Ellenshaw  is signed by the artist and comes with a certificate of authenticity.

Introducing the Collaborative Art of Peter and Harrison Ellenshaw. As a visual effects designer and filmmaker, Harrison Ellenshaw's work can be seen in such films as STAR WARS, TRON, THE EMPIRE STRIKES BACK, CAPTAIN EO, DICK TRACY, and many others. He has also had a successful career as an artist with one-man shows of his paintings in London, New York, and San Francisco. Peter Ellenshaw has received five Academy Award® nominations, winning the Oscar® for his stunning recreation of Edwardian London in the Walt Disney's classic, Mary Poppins. Throughout the years, Ellenshaw has sought to capture the drama and emotions of many different scenes. His work is represented in both public and private collections worldwide. He has received numerous honors and retrospectives including those by the American Film Institute, the Museum of Modern Art in New York, the Film Institute of Chicago, the Academy of Motion Picture Arts and Sciences, the R.W. Norton Art Museum in Shreveport, Louisiana and has been bestowed the illustrious title of "Disney Legend." In their first creative collaboration since Disney's, "The Black Hole" (1979), Peter & Harrison Ellenshaw came together to create "We can Fly". Their first in a series of collaborative works celebrated the 50th anniversary of Walt Disney's, "Peter Pan". Their second piece was "20,000 Leagues Under the Sea," which according to Harrison, "was my introduction to Hollywood, at least to the Disney style of epic movie making. This was an exciting time, seeing my father involved in one of Walt Disney's most successful live action films." 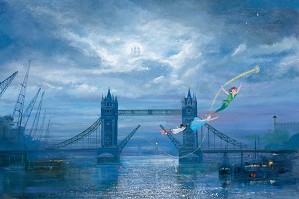 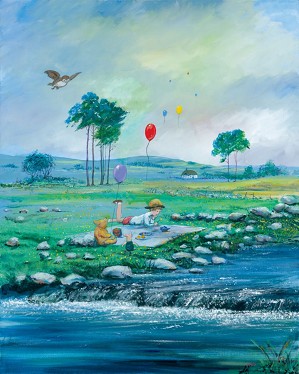 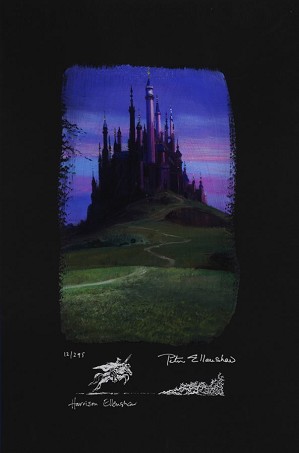 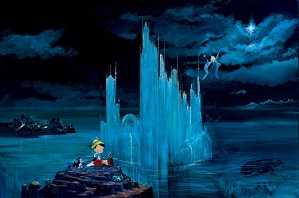 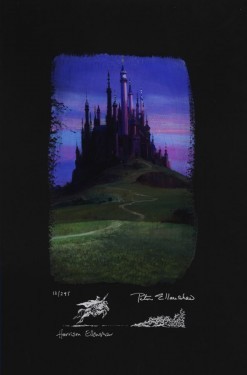 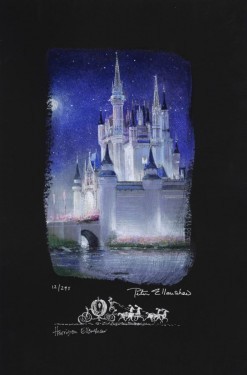