Nelson Boren SITTIN' PRETTY  Giclee On Paper is eligible for layaway in 3 equal payments of $115.00 over 60 days.

As an option you may also pay for Nelson Boren SITTIN' PRETTY - Giclee On Paper using Paypal or with your Amazon Account(*select items). Please note that all orders must be delivered to a physical address verified by Paypal or Amazon. These options are not applicable for orders to be delivered to Military or International destinations.
For Military APO/FPO orders please use our standard checkout. For International Delivery, please click on the International Shipping Icon to see the landed cost to your country. No Sales Tax Except In The State Of Florida.

NOTES: SITTIN' PRETTY - When we offered to help Nelson title this piece, an interesting trend revealed itself. Suggestions from guys at the Workshop ran to "Good Odds" and "All the Luck," while the gals tended to come up with phrases like "Slim Pickin"s." But the artist is used to hearing a host of responses from viewers. His gestalt-inspired technique, giving only an enticing piece of a larger, intriguing picture, invites viewers to indulge their imagination and complete each story for themselves. "Maybe he"s a real popular cowboy or maybe he"s babysitting his sisters," Nelson says. "It"s up to you!" The original "Sittin" Pretty" is mighty big and bold and that"s exactly how we"ve reproduced it..

SITTIN' PRETTY  Giclee On Paper by Nelson Boren  is signed by the artist and comes with a certificate of authenticity. 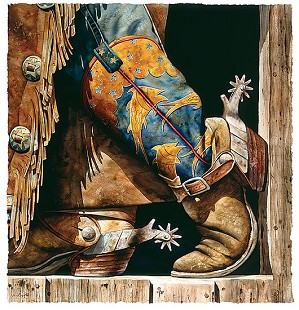 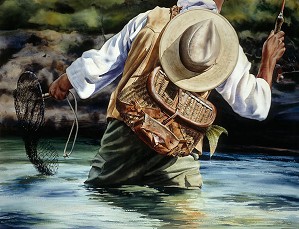 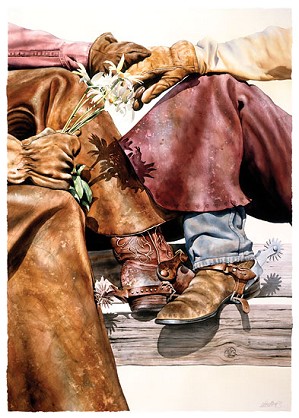 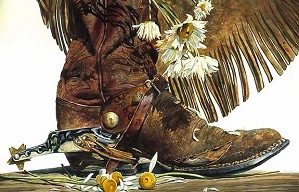