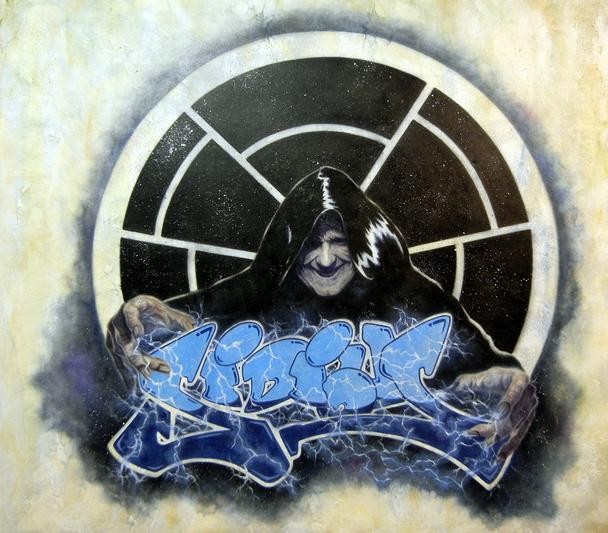 Mike Kupka Sidious Grafitti Oil on Illustration Board   is eligible for layaway in 3 equal payments of $2,000.00 over 60 days.

As an option you may also pay for Mike Kupka Sidious Grafitti Oil on Illustration Board using Paypal or with your Amazon Account(*select items). Please note that all orders must be delivered to a physical address verified by Paypal or Amazon. These options are not applicable for orders to be delivered to Military or International destinations.
For Military APO/FPO orders please use our standard checkout. For International Delivery, please click on the International Shipping Icon to see the landed cost to your country. No Sales Tax Except In The State Of Florida.

Sidious Grafitti Oil on Illustration Board

Sidious Grafitti Oil on Illustration Board   by Mike Kupka

Freelance illustrator Michael Kupka’s artistic talent emerged during his early childhood in New Jersey. His hobby quickly grew into a passion, and Mike honed his craft at duCret School of Art in Plainfield, NJ. There, he was introduced to the work of his greatest influences, Norman Rockwell, Robert McGinnis, and James Bama, developing his signature style of realistic oil painting and narrowing his focus to illustration under the instruction of his professor and mentor, Peter Caras. After eight years of freelance work, Mike surreptitiously found a niche as a licensed illustrator when his portrait of Ozzy Osbourne caught the eye of a representative of the Disney Company. He was licensed by Disney for eight years and later by Lucas Films, during which time he brought well-loved characters to life in original scenes. Mike has also been a licensed illustrator for the National Hockey League and is currently working on a series of pieces for Major League Baseball. Other companies and licensees he produced artwork for are Warner Brothers, Topps, NFL and NBA. He also continues to help raise money for charities such as The Ashley Lauren Foundation, The Ed Lucas Foundation and Ronald McDonald House. Art collectors recognize Mike’s work by his knack for bringing familiar subjects to life through vivid illustrations, with his talent showcased in innumerable galleries worldwide and on the walls of famed hockey player Mike Richter and filmmaker George Lucas. Mike is a first-place winner of Beckett’s 10th annual Sports Gallery Contest and was named one of U.S. Art Magazine’s “25 Artists You Should Know.” 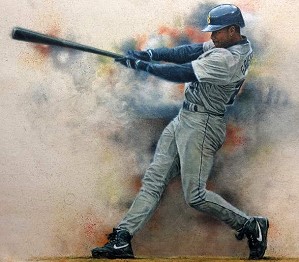 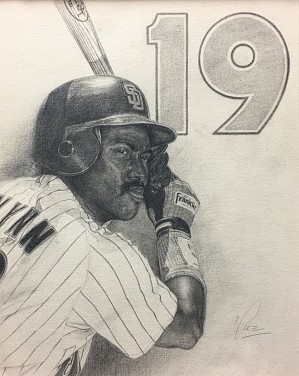 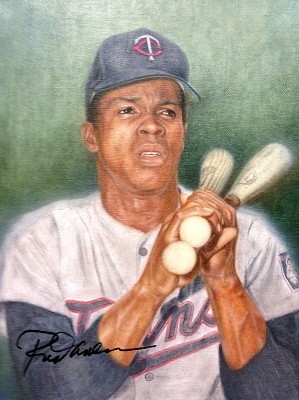 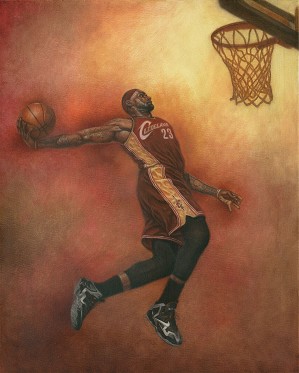 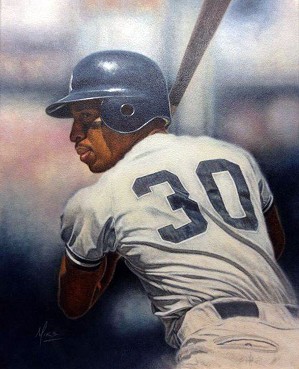