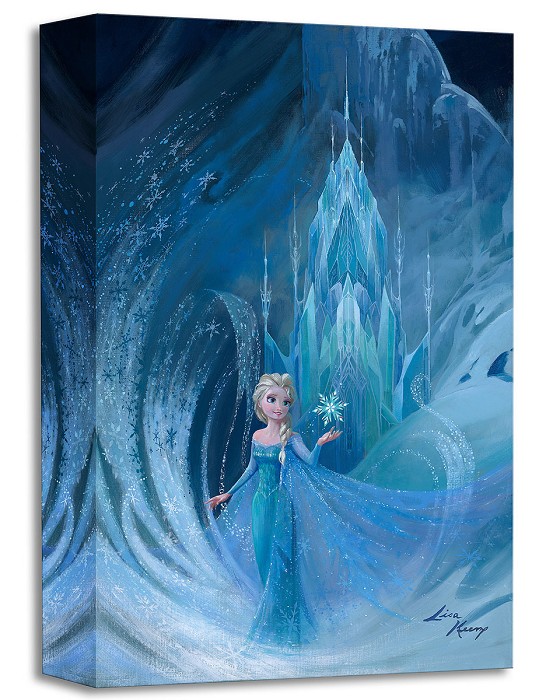 NOTES: Well Now They Know From The Movie Frozen Treasures on Canvas.

Well Now They Know From The Movie Frozen  Gallery Wrapped Giclee On Canvas by Lisa Keene  is signed by the artist and comes with a certificate of authenticity.

As an artist for Walt Disney Animation Studios, with an extraordinary career spanning over three decades, Lisa Keene's conceptual art and design work has left an indelible mark on the proud history of Disney animation. From the early days of her career painting backgrounds for The Black Cauldron (1985), Oliver and Company (1988) and The Little Mermaid (1989), to her character designs for The Lion King (1994) and The Hunchback of Notre Dame (1996), the creative mind of this extraordinary artist has helped weave the fabric of so many classic Disney films. In her most recent creative achievement, as Assistant Art Director of Disney s Frozen she, along with fellow Production Designers Michael Giaimo and David Womersley, won the 2013 Annie Award for Production Design in an Animated Feature Production, having created some of the most memorable environments from the film, including (among many others) Elsa s "Magical Landscape", where Anna, Kristoff and Sven meet Olaf for the first time. Lisa had a direct hand in the lighting design for the entire film, influencing how the audience would feel in the "cool, jeweled" environs of Arendelle and its surrounding wilderness. "Snow is an opportunity, because it s a white canvas. It s a lighter s dream, in that the lighting is the color. The local color is minimal at best in all these snowscapes, so it s all about the lighting. We consider it a blank canvas that allows us to actually paint with light," says Lisa, who was among a handful of artists who traveled to Norway and Quebec during the early stages of the film s visual development to research the architectural designs of the regions, as well as to study how snow physically behaves in the natural world, and how it appears under different lighting conditions. As an artist for Disney Fine Art s "Disney Storytellers" Collection, Lisa Keene goes from pixels to paint brush, revisiting the art form that started her career at Disney— oil painting. In two exquisite works, titled "Well Now They Know" and "One With the Wind and Sky" she draws from her experience as a designer on the film. Now available as two beautiful canvas limited editions, these stunning creations pay tribute to the Academy Award® winning film that is beloved by millions of people around the world. 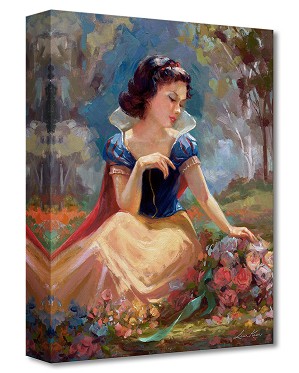 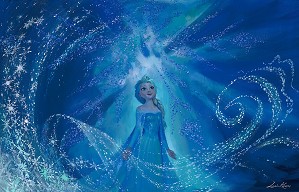 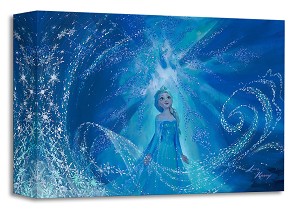 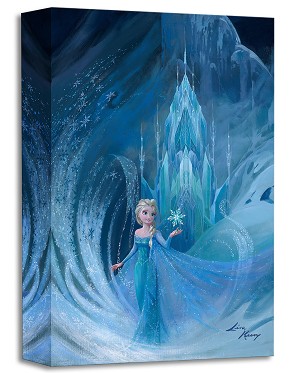 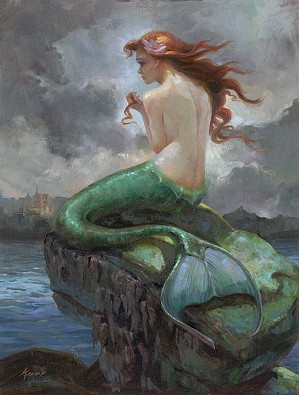 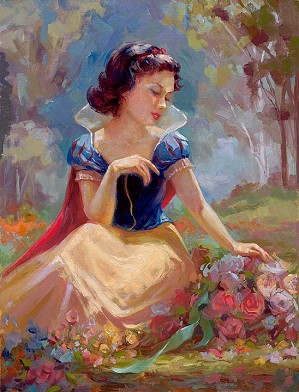