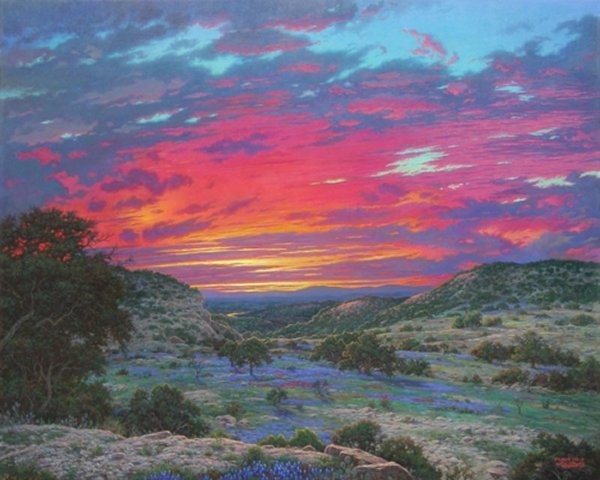 NOTES: Texas artist Larry Dyke is well-known for his paintings of the beauties that abound in the Texas landscape and for his art that celebrates his Christianity. His God-given talent has always been used to celebrate the Lord and his creations. In "Heaven's Glory", he combines the beauty of the bluebonnet season in the Hill Country with a glorious sunset - a sunset that exemplifies the power and glory of God..

Heavens Glory By Larry Dyke Print Signed & Numbered   by Larry Dyke  is signed by the artist and comes with a certificate of authenticity.