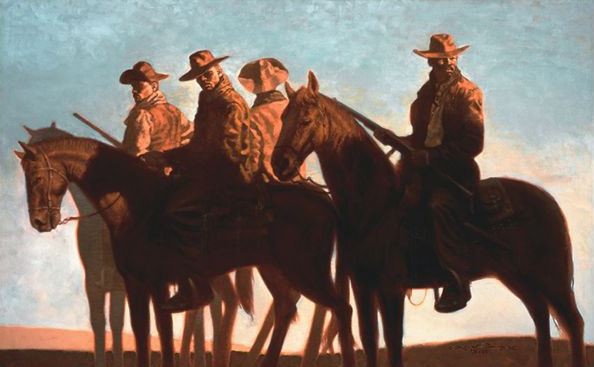 Kadir Nelson Outlaws Canvas Transfer   is eligible for layaway in 3 equal payments of $833.33 over 60 days.

As an option you may also pay for Kadir Nelson Outlaws Canvas Transfer using Paypal or with your Amazon Account(*select items). Please note that all orders must be delivered to a physical address verified by Paypal or Amazon. These options are not applicable for orders to be delivered to Military or International destinations.
For Military APO/FPO orders please use our standard checkout. For International Delivery, please click on the International Shipping Icon to see the landed cost to your country. No Sales Tax Except In The State Of Florida.

NOTES: Beware. It is dawn and a gang of wanted men ride over fiery orange hills of the old west. Armed with hidden shotguns and six-shooters, they scan the landscape, quarding each others' backs, just as you, the viewer, catch the eye of one of the outlaws. Second in a series of western paintings by Kadir Nelson, Outlaws, delivers the heightened drama of the old west that was. Inspired in part by the western paintings of N.C.Wyeth, Outlaws pays tribute to the African American who occupied one third of the wester cowboy population. .

Outlaws Canvas Transfer   by Kadir Nelson  is signed by the artist and comes with a certificate of authenticity. 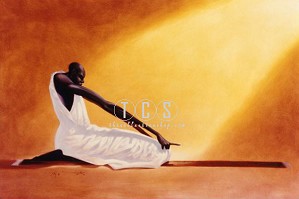 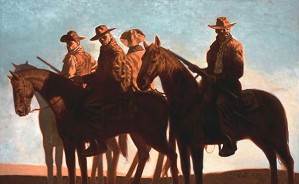 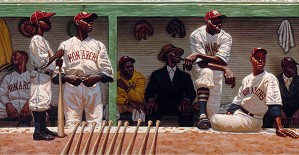 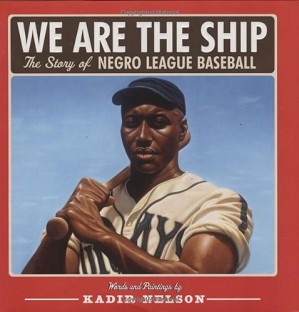 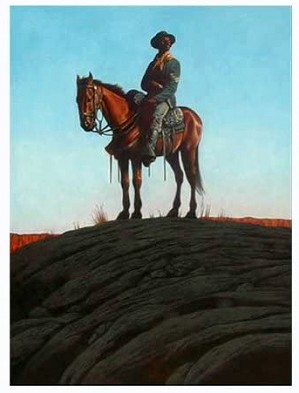