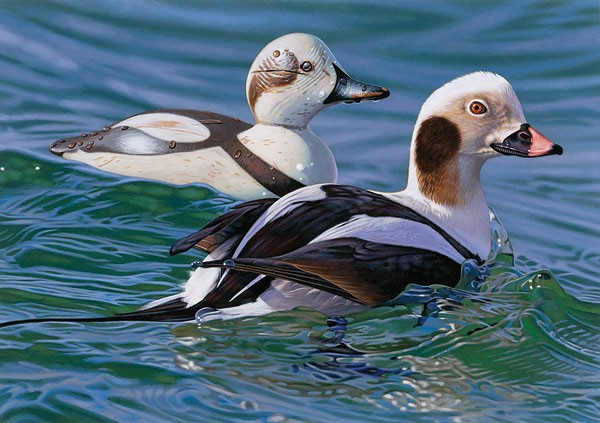 Joshua Spies Long-tail Duck with Decoy 2009 - 2010 Federal Duck Stamp SMALLWORK EDITION ON  Canvas is eligible for layaway in 3 equal payments of $125.00 over 60 days.

As an option you may also pay for Joshua Spies Long-tail Duck with Decoy 2009 - 2010 Federal Duck Stamp SMALLWORK EDITION ON - Canvas using Paypal or with your Amazon Account(*select items). Please note that all orders must be delivered to a physical address verified by Paypal or Amazon. These options are not applicable for orders to be delivered to Military or International destinations.
For Military APO/FPO orders please use our standard checkout. For International Delivery, please click on the International Shipping Icon to see the landed cost to your country. No Sales Tax Except In The State Of Florida.

NOTES: Winning the Federal Duck Stamp Contest is one of the most coveted honors a wildlife artist can hope to achieve. Add to that the creation of the first-ever Fine Art GiclTe Canvas of a Duck Stamp Print, and Joshua Spies has doubly made his mark in Duck Stamp History. Spies competed against 270 entrants in the 2008 contest that determines which image would adorn the 2009-2010 Federal Migratory Bird Hunting and Conservation Stamp. The program has been in place since 1934, when it was determined the stamp itself would act as the federal license for hunting migratory waterfowl. Since then this license evolved into a fund that has generated over $700 million to purchase or lease over 5.2 million acres of waterfowl habitat in the United States.

This inaugural release of a canvas edition of the Duck Stamp Print adds yet another legacy to the auspicious program which has helped to popularize the collecting of prints in the United States. The Canvas Edition is accompanied by two Federal Duck stamps, one in mint condition, the other signed by Joshua Spies..

Long-tail Duck with Decoy 2009 - 2010 Federal Duck Stamp SMALLWORK EDITION ON  Canvas by Joshua Spies  is signed by the artist and comes with a certificate of authenticity. 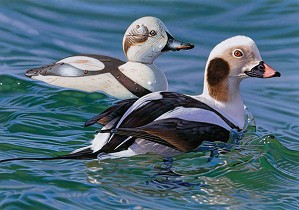 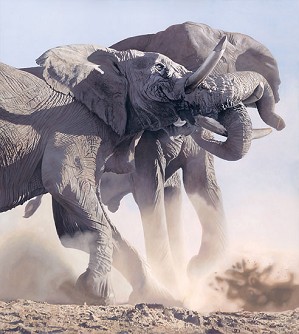