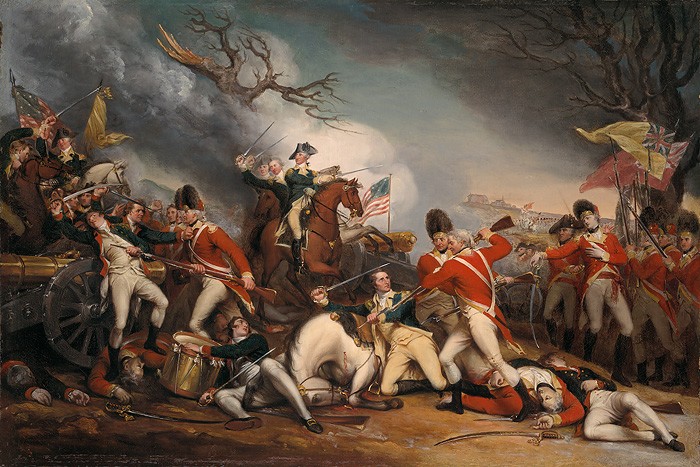 NOTES: "The Death of General Mercer at the Battle of Princeton, January 3, 1777" depicts the death of the American General Hugh Mercer at the Battle of Princeton on January 3, 1777 during the American Revolutionary War. The painting was Trumbull"s first depiction of an American victory. It is one of a series of historical paintings on the war, which also includes "The Declaration of Independence" and "The Capture of the Hessians at Trenton, December 26, 1776." The artist expressed his great admiration for General George Washington in this painting as he wrote in the catalogue for his exhibited works at Yale University in 1835: Thus, in the short space of nine days, an extensive country, an entire State, was wrested from the hands of a victorious enemy, superior in numbers, in arms and in discipline, by the wisdom, activity and energy of one great mind.[3] It was a personal favorite of Trumbull himself. When asked by Benjamin Silliman which paintings he would save from destruction in the Trumbull Gallery at Yale, he said this one. Trumbull used the General's son, Hugh Jr., as a model for the painting.. 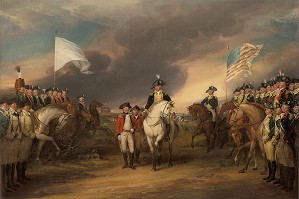 John Trumbull The Surrender of Lord Cornwallis at Yorktown 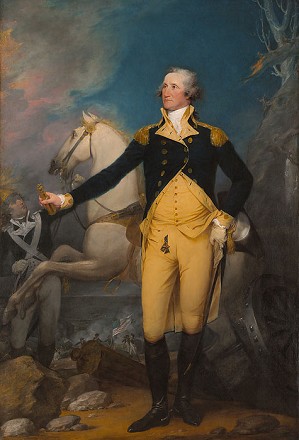 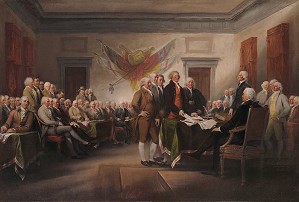 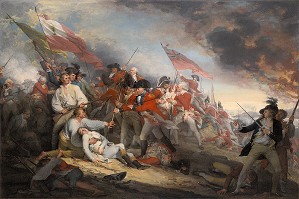 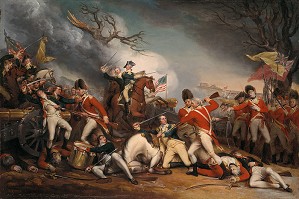