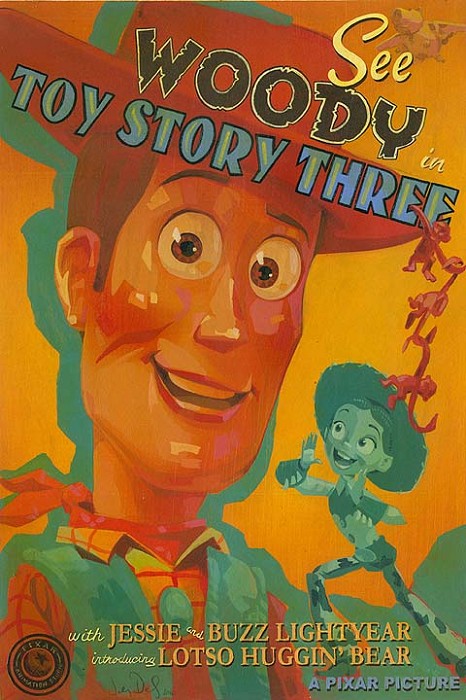 See Woody in Toy Story 3 Petite Edition  Giclee On Canvas by Jody Daily  is signed by the artist and comes with a certificate of authenticity.

While Disney fans best know artist Jody Daily through his Disneyland art and collectibles, which he creates with his partner Kevin Kidney, it is his designs for theater and theme park entertainment that occupy most of his time. Currently he and Kevin are art directing a brand new musical parade for Disneyland Soundsational. No stranger to the world of Pixar, Jody designed the Pixar Play Parade for Disney s California Adventure theme park, and in 2009 Jody and Kevin were called upon by John Lasseter s team to create the packaging for Toy Story s definitive toy line.