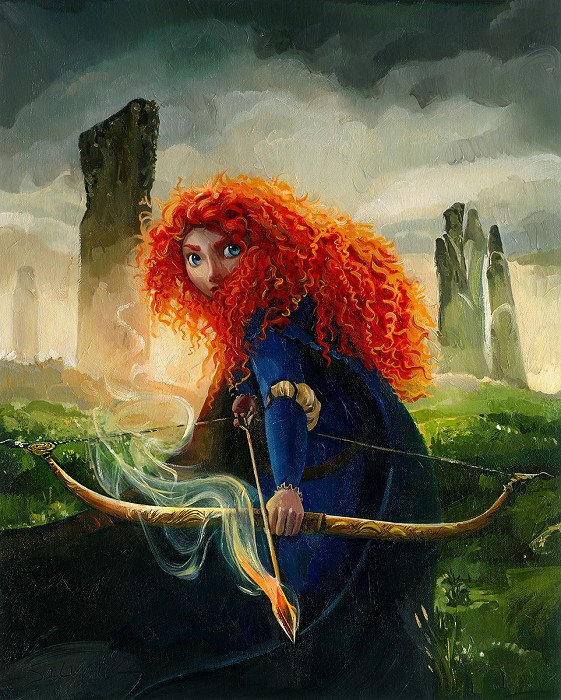 Brave Merida Petite  Hand-Embellished Giclee on Canvas by Jim Salvati  is signed by the artist and comes with a certificate of authenticity. 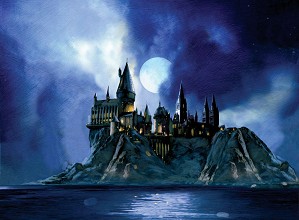 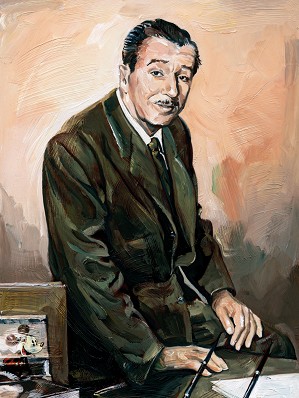 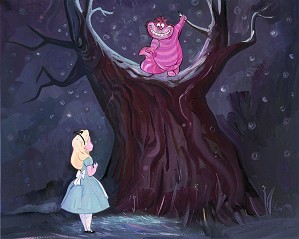 Jim Salvati Choosing Her Path - From Disney Alice in Wonderland 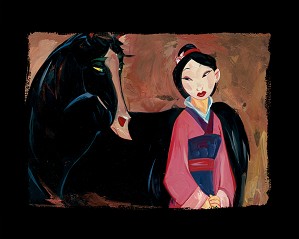 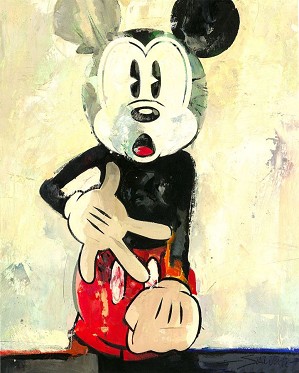