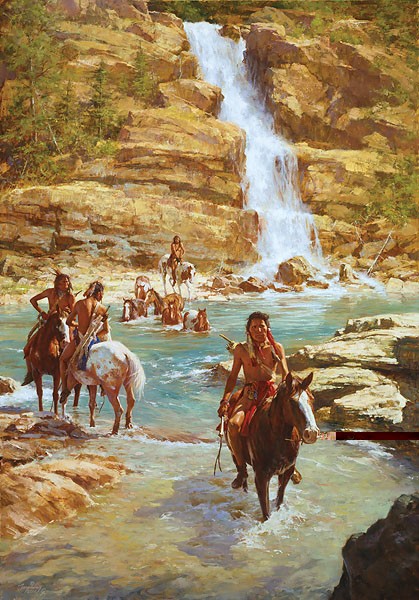 As an option you may also pay for Howard Terpning Vanishing Pony Tracks Masterworks - Canvas using Paypal or with your Amazon Account(*select items). Please note that all orders must be delivered to a physical address verified by Paypal or Amazon. These options are not applicable for orders to be delivered to Military or International destinations.
For Military APO/FPO orders please use our standard checkout. For International Delivery, please click on the International Shipping Icon to see the landed cost to your country. No Sales Tax Except In The State Of Florida.

NOTES: "Horse stealing was a sport among the Plains Indians and an important way to gain honor and prestige among other members of their tribe," says Terpning. "The man in the foreground has his horse stealing medicine attached to his belt with a miniature rope. These four Blackfoot warriors had been following a large band of trappers, waiting for the right moment to capture some of their stock. They no doubt took these ponies in the middle of the night and are now trying to put as much distance as they can between them-selves and the trappers who are certainly attempting to track the Blackfoot and take their ponies back. These raiders are using every ruse to elude their pursuers including crossing the river in hopes that their tracks will be lost or at least delay their pursuers.".

Vanishing Pony Tracks Masterworks  Canvas by Howard Terpning  is signed by the artist and comes with a certificate of authenticity. 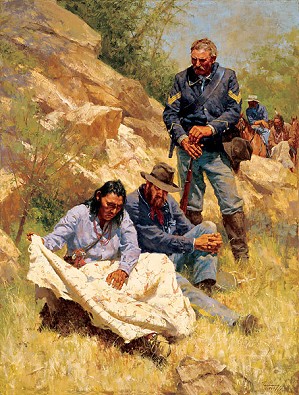 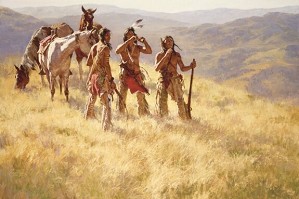 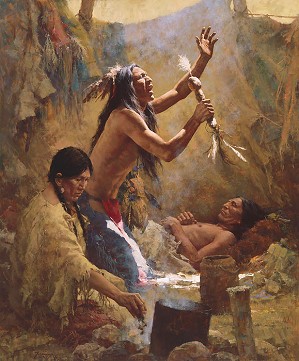 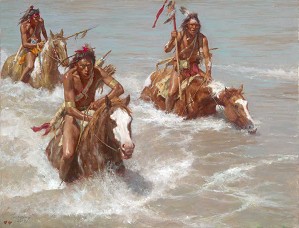 Howard Terpning Pursuit Across the Yellowstone 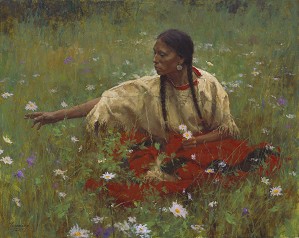 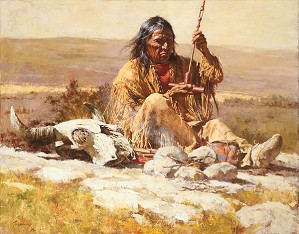