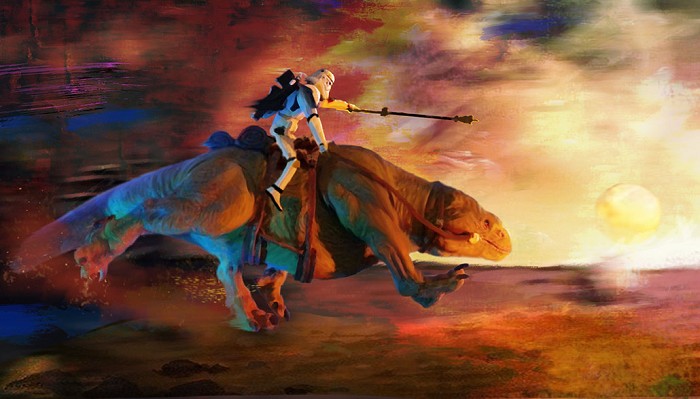 Guy Vasilovich Trailblazer From Star Wars  Giclee On Canvas is eligible for layaway in 3 equal payments of $108.33 over 60 days.

As an option you may also pay for Guy Vasilovich Trailblazer From Star Wars - Giclee On Canvas using Paypal or with your Amazon Account(*select items). Please note that all orders must be delivered to a physical address verified by Paypal or Amazon. These options are not applicable for orders to be delivered to Military or International destinations.
For Military APO/FPO orders please use our standard checkout. For International Delivery, please click on the International Shipping Icon to see the landed cost to your country. No Sales Tax Except In The State Of Florida.

Trailblazer From Star Wars  Giclee On Canvas by Guy Vasilovich

Guy Vasilovich is supervising director of the international animated series Geronimo Stilton, as well as executive producer and creator of his own animated series for YTV in Canada, Moville Mysteries, starring the voice of Frankie Muniz. He has directed, developed, designed, and written animated shows for Nickelodeon, Warner Brothers, Universal, Disney, and Comedy Central and has served as Film Roman s creative executive, developing original properties for live action and animation. Guy also cocreated the popular daily and Sunday syndicated comic strip When I Was Short. He lives in Burbank, California. This is his first picture book. 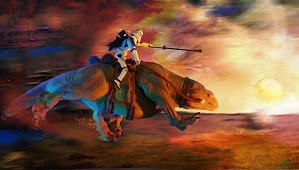