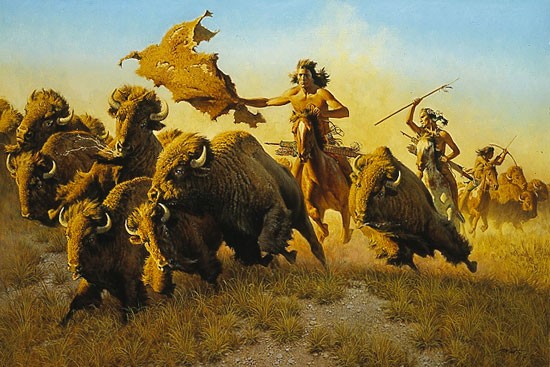 There is 1 Available of SPLITTING THE HERD - Print at this price.

NOTES: Native Americans would often try to break up a herd into smaller groups because riding into a large herd is difficult. Then they would run that buffalo around in circles making the animals fall over each other. The bow men usually moved to the left-hand side of the buffalo to get the arrow into its heart. The men with the spears are normally on the other side of the group because they can get more power into their right hands..

SPLITTING THE HERD  Print by Frank McCarthy  is signed by the artist and comes with a certificate of authenticity.