Frank McCarthy THE WAY OF THE ANCIENT MIGRATION
Dimensions: 27 x 18

Frank McCarthy BENEATH THE CLIFF OF THE SPIRITS
Dimensions: 14 3/4 x 25 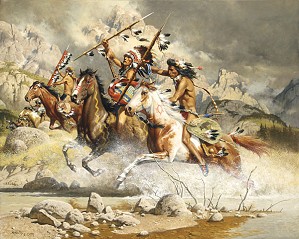