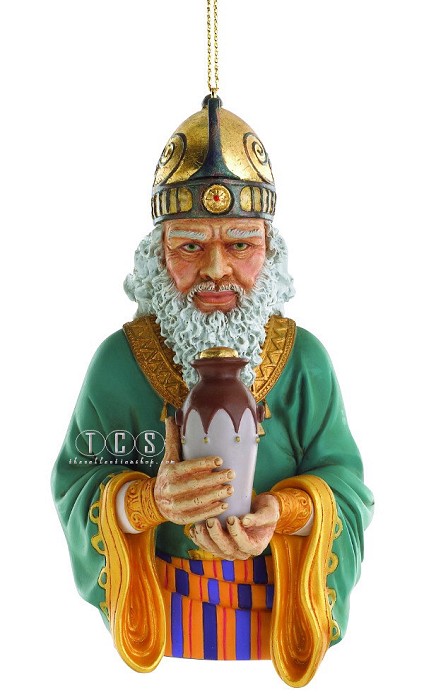 NOTES: Guided by the eastern star, The Wise Men arrive to bear witness to the Son of God on earth. Bringing gifts of gold, frankincense and myrrh, they humbly present their special offerings to the Christ child. Thomas Blackshear's Nativity scene nears completion with the addition of the last two Wise Men, leaving only the shepherds to make their appearance for 2012. Portraying the biblical scene with reverence and sensitivity, the 5-year Nativity series was created exclusively for The Blackshear Circle collector club and will conclude December 2012.
.

The Wise Man With Myrrh 2011 Ornament   by Ebony Visions

"I always knew I wanted to create Ebony Visions'. As an artist who happens to be black, I had distinct ideas about what I would like to see in the line." The elegant compeling figurines he created for the collection are a blen of both Art Nouveau and African culture, which Thomas calls "Afro-Nouveau." - Thomas Blackshear .Thomas Blackshear introduced Ebony Visions in April 1995 with the release of the first six Ebony Visions designs, The Storyteller, The Protector, The Nurturer, Siblings, Madonna and Tender Touch. Since then, Thomas Blackshear has created many new designs to add to the Ebony Visions collection. Thomas Blackshear's Ebony Visions collection is a master work of romantic symbolism. As with his paintings, these sculptures demonstrate Thomas Blackshear's incredible sense of design, unique eclectic style, and extraordinary mastery of color. Elegant drapery and delicate detail tantalize the eye while revealing each sculpted form. Thomas Blackshear's Ebony Visions depicts a full range of emotions that are both powerful and at the same time subtle. He deliberately portrays his Ebony Visions figures in a timeless setting in order to transcend a specific time, place, or culture. This unique collection of limited edition figurines emphasizes the beauty of the human form and symbolizes universal aspirations and ideals of humankind depicted through images that reflect the unique characteristics of the African American culture. For centuries classical beauty has been portrayed predominantly by white artisans who represent white subjects in their art. In this romantic and subtle tour de force, Thomas Blackshear creates a new vision of beauty and human emotion, an Ebony Vision. 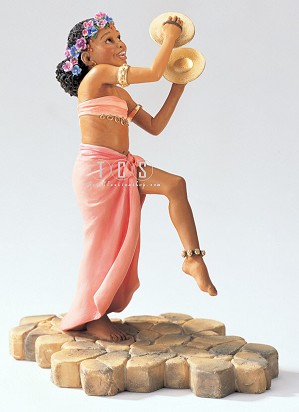 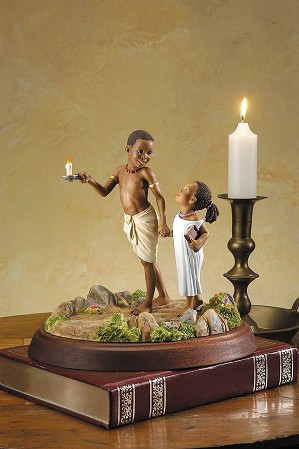 Ebony Visions Guided By The Light 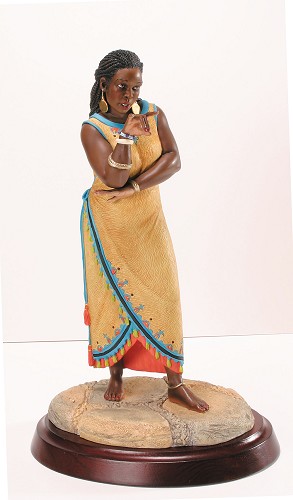 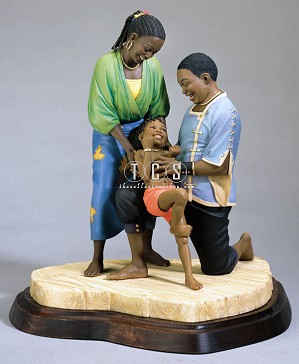 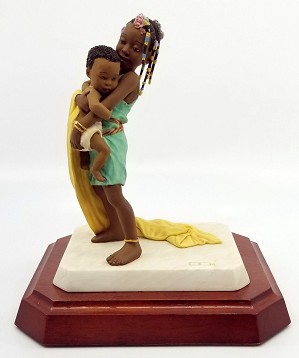 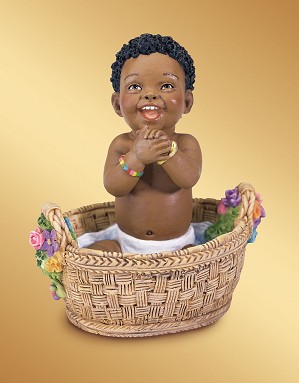