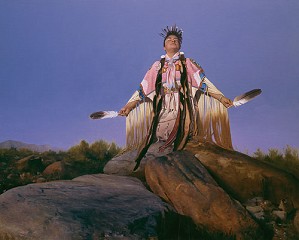 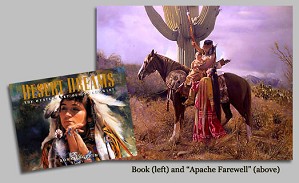 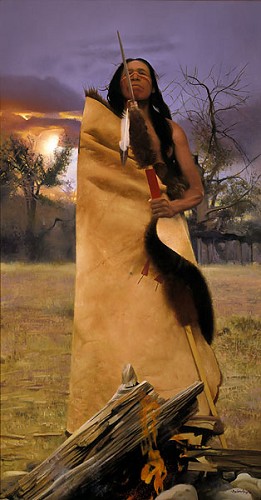 "Born in Redlands, California, Don Crowley got started in the world of art at such an early age that he couldn t remember a time when he wasn t drawing. During his school years in Santa Ana, he read everything he could about art and spent every spare moment developing his skill. Service in the Merchant Marines and the Navy enabled Crowley to enroll in the Art Center School of Design in Los Angeles under the G.I. Bill. Five years later, he moved to New York and began a successful career in commercial illustration. After more than twenty years in the Northeast, Crowley felt restricted by the narrow range of his commercial work and began to work more extensively in fine art. In 1973, he accepted an invitation to exhibit his paintings at a gallery in Arizona. He was so taken by the area that he decided to continue his career there. With his family, Crowley settled in the Southwest, where he began forging a relationship with a group of Native Americans. Although he is recognized and respected for many different kinds of paintings, he is best known for his sensitive and skilled portraits of these Apache and Paiute women and children. Crowley visits the San Carlos Reservation annually to continue chronicling the lives of his subjects. "I hope that my work expresses the beauty and dignity of these very special people," he says. Through Crowley s work, his collectors have watched his subjects grow over the years. Occasionally you ll see a rare Don Crowley image of a cowboy or a cattle drive, but what he is best known for are handsome, clear portraits of Native American women and children, not to mention their colorful Pendleton blankets. In fact, long-time collectors of his work may see the same subject as both a girl and woman, wearing the colorful, geometric-patterned blanket that was handed down from generation to generation. In 1995, he was elected to the Cowboy Artists of America and, in his first year, won the CA Gold Medal for Drawing. The following year he was awarded four awards: a Gold Medal for Oil, Silver Medal for Drawing, the CA Award and the Kieckhefer Best in Show Award. With customary dry humor, Crowley termed this accomplishment very encouraging. "