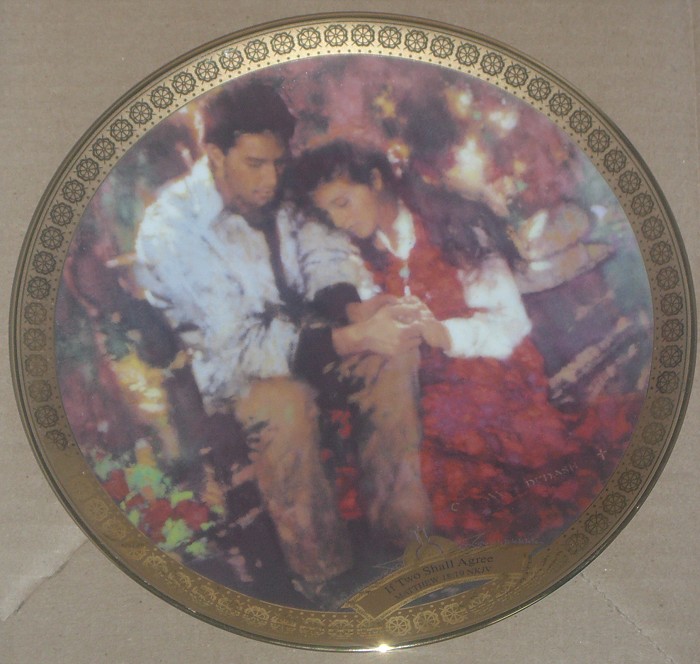 ...I say to you that if you agree on earth concerning anything that they ask it will be done for them by My Father in Heaven. Matthew 18:19 - MP2A

NOTES: "If Two Shall Agree".

Artist C. Michael Dudash was born on January 12, 1952 in Mankato, Minnesota. As an award winning artist and illustrator for the past 23 Years, Michael has won a national reputation by creating oil paintings that can be described as "images of dramatic realism that are bathed in a wonderful mix of light, hidden shadows and romantic atmosphere". Michael's paintings have won him a national reputation and numerous awards from the Society of Illustrators (NYC), the Society of Publication Designers, Communication Arts, and How magazine. Michael has written and published articles for American Artist, Artists magazine, and Step-by-Step Graphics. Some of his clients include the following: AT&T, The Reader's Digest, Good Housekeeping, Bantam/Doubleday/Dell, Time/Life, Eddie Bauer, NBC, Warner Bros., the United Nations, and the United States Postal Service. A few of the clients that own his original paintings are Arnold Schwarzenegger, the Gene Autrey Museum of Western Art, Disney Studios, MGM/United Artists, Philip Morris, and Eddie Bauer. His early training as a fine artist was interrupted by a job offer to be a staff illustrator for McGraw-Hill Publishing Company, which he decided to accept. This launched him into a very successful freelance career, which to date has led to the creation of over 1000 illustrations for book, magazine and art publishers, advertising agencies, design firms, film companies and corporations. He has written and published articles for several art industry publications, conducted oil painting and illustration workshops, and been a guest lecturer at several colleges, universities and industry organizations. Much of his time in recent years has been focused on selling original oil paintings and on collaborative projects with several well-known Christian publishers, where he has been able to express his personal Christian faith through fine-art prints, books and gift products. Recently illustrated by Michael and released in the fall of 2000, were two major Christmas gift books: Good News of Great Joy (11 paintings based on the first 20 verses of the Second Chapter of Luke) and The Quiet Little Woman by Louisa May Alcott (a collection of 14 paintings). Michael continues to work out of his home and studio in Moretown, Vermont. "Over the years, many clients and contacts have inquired about the meaning of the cross at the end of my signature. Having met the Lord 23 years ago, I wanted to make a statement about my faith as a born-again Christian, and this was what I decided upon. As the years have gone by, the subject matter of my artwork has been centered more and more on Christian themes through the use of Christian publishing and painting, and I'm thankful for having the opportunity to use my abilities to spread the Gospel. Today there are a number of very talented and accomplished contemporary artists, who as Christians are working to try and bring about a revival in artwork that expresses all aspects the Christian faith. As one among this 'army of artists,' I labor to be an empty vessel for Jesus Christ, and hope that in the end He will say, 'Well done thou good and faithful servant'." -- C. Michael Dudash 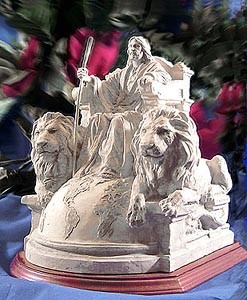 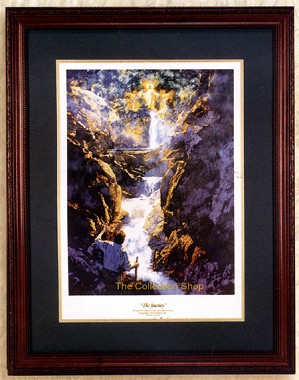 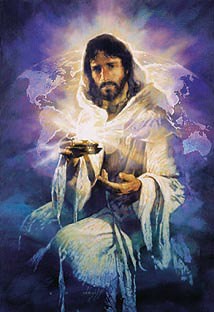 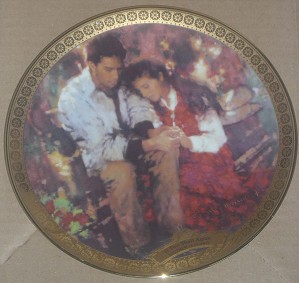