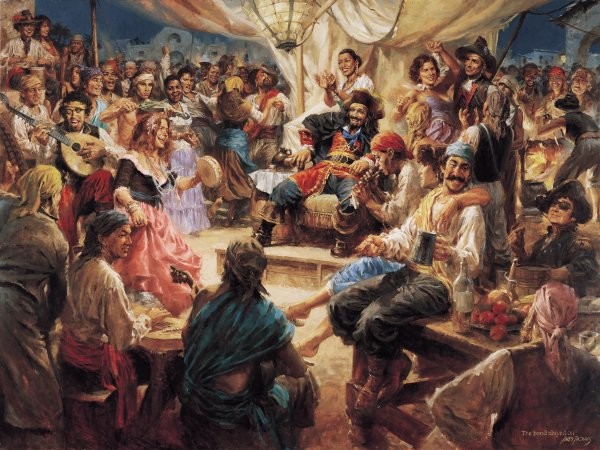 The Band Played On... by Andy Thomas Giclee on Paper Signed & Numbered - ATH014GPSNU2128

NOTES: Andy Thomas has an amazing ability to tell a story in his paintings. In this image, many of the music world's late, great talents gather together in a scene that captures the viewer's imagination. You will recognize many of the most famous and favorite muscians and beloved icons of all time. Can you find the many personalities at this party? The greats included in this image are: Hank Williams, Louis Armstrong, Jimi Hendrix, Janis Joplin, Roy Orbison, Jim Croce, Frank Sinatra, John Lennon, John Denver, Bessie Smith, Bill Haley, Jim Morrison, Marvin Gaye, Cass Elliott, Sam Cook, Jerry Garcia, Elvis, Scott Joplin, Selena, Kurt Cobaine, Billie Holliday, Jimmie Rodgers, Patsy cline, Aaliyah, Buddy Holly, and a "mystery man." Who's the pirate, why, Andy, of course!.

The Band Played On... By Andy Thomas Giclee On Paper Signed & Numbered   by Andy Thomas  is signed by the artist and comes with a certificate of authenticity.

Andy Thomas is not only an immensely talented painter, but also a storyteller with the images he creates. His subject matter consists of a variety of images from historical events to intimate moments of everyday life. The artist s desire to create is funneled into the area of painting realism that ranges from very loose to very tight. Thomas s medium is primarily oil, but he also works in watercolor, pen and ink, charcoal, pencil, and ink wash. He is also a very accomplished sculptor. Primarily self-taught, Thomas began his professional art career in 1991 after sixteen years with a major advertising agency. In his studio, the artist creates his unique paintings that tell their "stories." Thomas says, "I never consciously ponder elements of design or principals of design…I rely on my sketches to refine a value scheme as a starting point. They also help me visualize the completed painting and consider light, painting technique, subject or object importance, and other considerations. The viewer s eye-path is a big influence on the composition at this point and all through the painting process." Thomas s style has been compared to Russell and Remington, and artist says he also has been influenced by Howard Pyle, Richard Schmid, Norman Rockwell, and others. Many of Thomas s historical images have been used in books and as book covers, and his various paintings also have been featured in numerous magazines. The artist s original works are in many private and corporate collections and also in the permanent collections of museums around the country. Thomas exhibits in several shows annually, the most recent being the 2006 C. M. Russell Art Auction where he sold eight original paintings. The artist also enjoys judging art shows and teaching children and adult painting classes. He is a talented writer and published a book containing over 100 color images of his work, along with stories written by him. The artist is a member of the famed Salmagundi Club in New York, The Portrait Society of America, and other art organizations. He graduated Magna Cum Laude from Missouri Southern State University with a BS in Marketing Management. Thomas and his wife, Dina, live in Carthage, Missouri. They have six children. 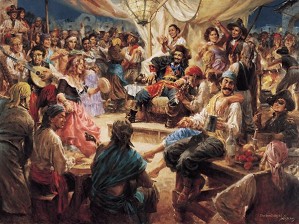 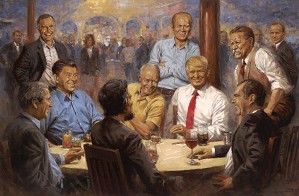 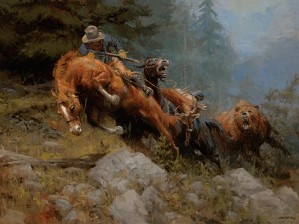 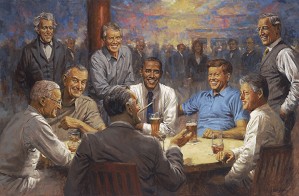 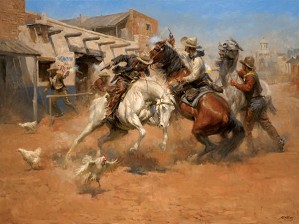 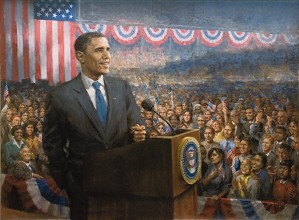