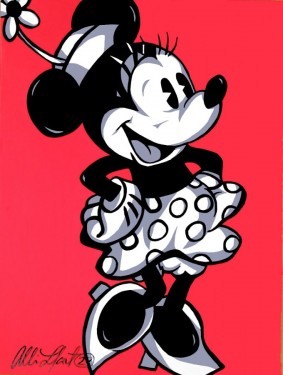 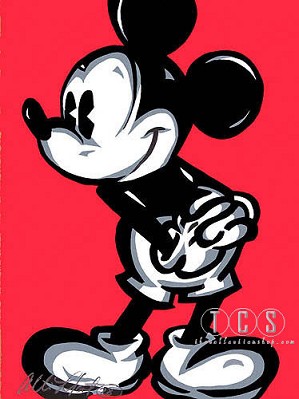 Allison Lefcort has painted since early childhood. The Greenwich Village Art Gallery in New York City first represented her professionally when she was seventeen. At twenty-six, she is becoming widely collected and recognized for her own style of portrait painting. Allison has shown her work in fine galleries around the country, in places as diverse as SOHO, Maui, Kennebunkport, and Key West. Her portraits have hung side by side with such esteemed artist as Peter Max and Romero Britto. Her paintings have been purchased and shipped around the world to places like Monte Carlo, Singapore, Germany, Hong Kong, Tokyo, Bangkok, Luxembourg, Jerusalem, Paris and London. Allison was invited to paint a portrait of the First Lady of the United States, Hillary Rodham Clinton. Allison had the privilege of presenting this portrait to the First Lady, and it was then shipped to her at the White House. She was also invited to paint portraits of Their Royal Highness, the now late King Hussein of Jordan and Queen Noor. That same portrait of the late King Hussein was featured in an interview with Queen Noor conducted by Katie Couric on the Today show! Queen Noor mentioned to Katie that it was her favorite portrait of her late husband. Allison's paintings can be found in the collections of Senator Hillary Rodham Clinton, Her Royal Highness Queen Noor of Jordan, Barbara Streisand, Dionne Warwick, Robero Britto, Phil Ramone, Luciano Pavarotti, John Stango, Universal Studios Orlando, Warner Bros. Studio Stores, The Walt Disney Gallery, Tears for Tears, The Indigo Girls, Ellen DeGeneres, Kathy Buckley, Deborah Gibson, Robert Cuccioli, Lea Delaria, and Liza Minelli. "My art is inspired by the works of Andy Warhol and Keith Haring. Boldness and simplicity are the keys to the success of my portraits. The Vibrant color of the background accents the shapes and shadows and enhances the three-dimensional appearance."