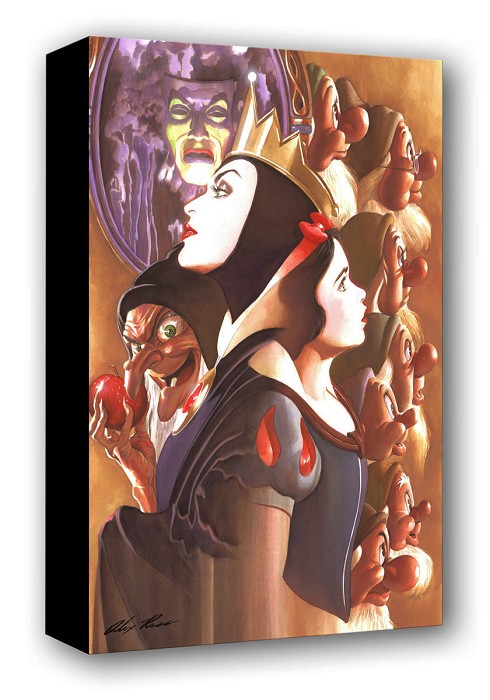 As an option you may also pay for Alex Ross Disney Once There Was a Princess From Beauty and The Beast - Gallery Wrapped Giclee On Canvas using Paypal or with your Amazon Account(*select items). Please note that all orders must be delivered to a physical address verified by Paypal or Amazon. These options are not applicable for orders to be delivered to Military or International destinations.
For Military APO/FPO orders please use our standard checkout. For International Delivery, please click on the International Shipping Icon to see the landed cost to your country. No Sales Tax Except In The State Of Florida.

Once There Was a Princess - CERONCET  Gallery Wrapped Giclee On Canvas

NOTES: Once There Was a Princess "When I approached Snow White I had an idea for a while, percolating... I wanted to get this striking, very brown toned kind of piece that would feel, in a way, a little old in some capacity. In fact, it"s one of my [Norman] Rockwell homages because [Rockwell] did a lot of portraits where you would have this sort of [profile view] of the faces where the characters were all sort of looking on [into the distance]. So, I knew I was going to be taking advantage of that influence.".