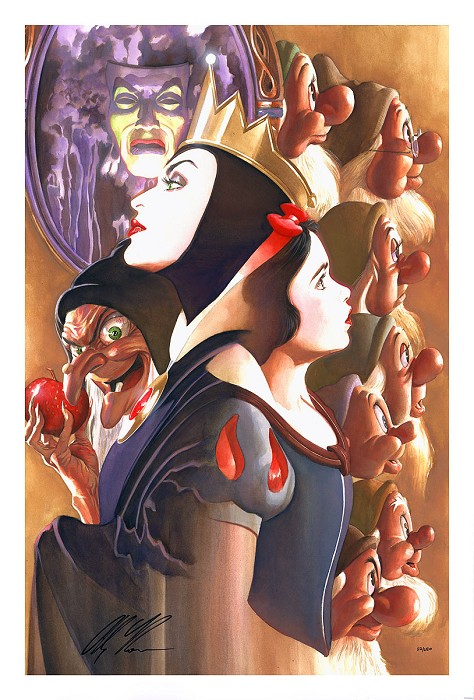 Once There Was a Princess Chiarograph on Black Paper - CERONCEL  Lithograph

NOTES: Once There Was a Princess "When I approached Snow White I had an idea for a while, percolating... I wanted to get this striking, very brown toned kind of piece that would feel, in a way, a little old in some capacity. In fact, it"s one of my [Norman] Rockwell homages because [Rockwell] did a lot of portraits where you would have this sort of [profile view] of the faces where the characters were all sort of looking on [into the distance]. So, I knew I was going to be taking advantage of that influence.".

Once There Was a Princess From Beauty and The Beast  Lithograph by Alex Ross Disney  is signed by the artist and comes with a certificate of authenticity.