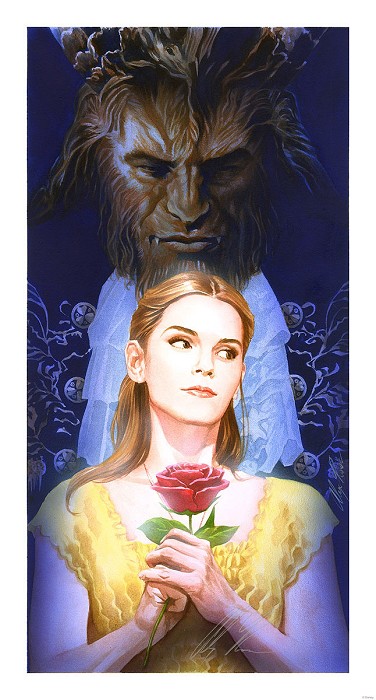 NOTES: La Belle Et La Bete "I"m not really interpreting anything, the best I can do is come up with something to try to pair the two characters in a way that connects them visually.".

La Belle Et La Bete From Beauty and The Beast  Lithograph by Alex Ross Disney  is signed by the artist and comes with a certificate of authenticity.