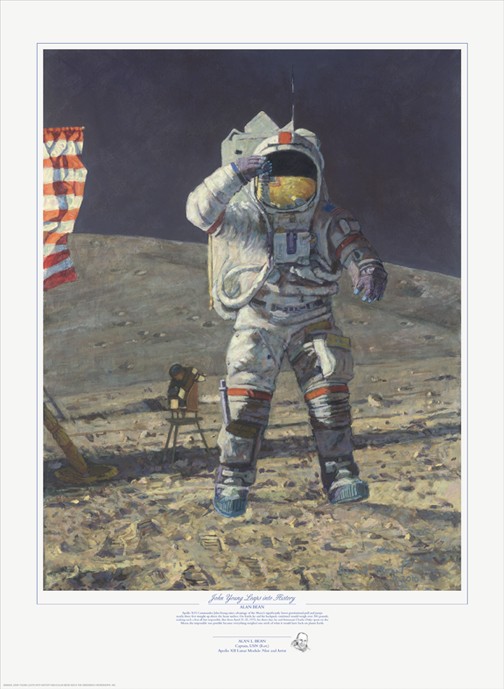 NOTES: â€œYou feel this way when you're finally on the Moon!â€ says artist and Apollo 11 astronaut Alan Bean. â€œIts the culmination of all youve studied and worked for since you were a little kid.

â€œJohn has jumped straight up about 3 feet or so. On Earth, this would have been impossible because John weighs 160 pounds and the suit and the backpack weigh 150 pounds, but on the Moon everything (including John) weighed only one-sixth as much. Someday there will be athletic contests on the Moon, maybe even Solar System Olympics and many astonishing records will be set.â€

Apollo 16, April 16-27, 1972, was Youngs fourth space flight but his first lunar exploration. Young was Spacecraft Commander accompanied by Astronauts Ken Mattingly and Charlie Duke. Young and Duke set up scientific equipment and explored the lunar highlands at Descartes in the Lunar Rover.

John Young Leaps into History Limited Edition  Print by Alan Bean  is signed by the artist and comes with a certificate of authenticity. 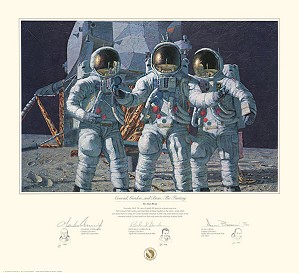