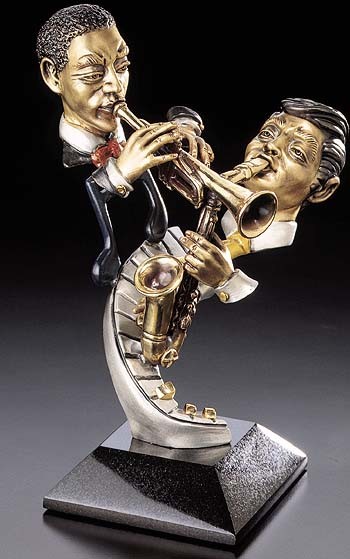 This surreal work of art displays the mood of the players. They can almost feel and see the keys and the notes of their creation as they face the music.  Mixed Media Sculpture

Exactly What is Mixed Media?

It is a combination of various fine metals such as lost wax bronze, fine pewter, brass, copper, 24 karat gold vermeil and various hot torched acid patinas such as black nickel, rose copper, and turquoise, to highlight the sculpture. In addition, the sculpture may contain embellishments such as Lucite.

Face The Music  Mixed Media Sculpture by Paul Wegner  is a limited edition sculpture that comes with a certificate of authenticity. Made In The USA. 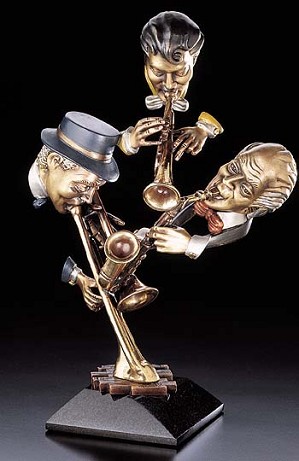 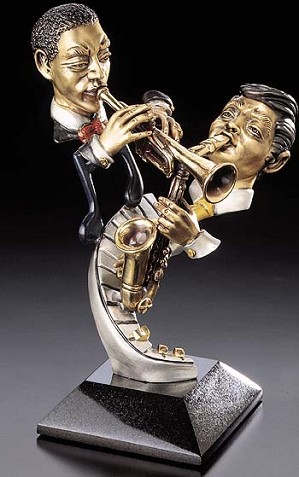 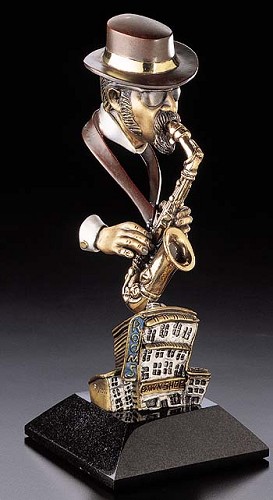