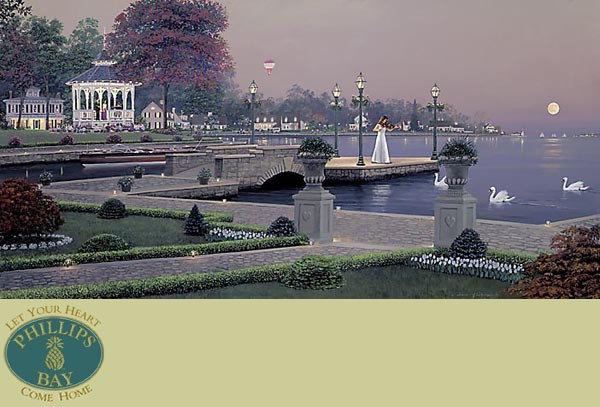 William Phillips ACCOMPANIMENT TO THE SYMPHONY OF SPRING  Lithograph

ACCOMPANIMENT TO THE SYMPHONY OF SPRING - BP00092.  Lithograph

NOTES: Spring has arrived in the coastal town of Phillips Bay and so has the annual music festival "” one of the most anticipated events of the year. While the audience gathers "˜round the gazebo to look and listen while three musicians warm up, the rest of the quartet "” a violinist "” practices her strings solo. (Perhaps she"s a bit nervous?) A magical moment for sure, the longer light of day is still evident as the full moon rises and the street lamps and walkway lights come on as a lovely overture to the symphony of spring..

ACCOMPANIMENT TO THE SYMPHONY OF SPRING  Lithograph by William Phillips  is signed by the artist and comes with a certificate of authenticity. 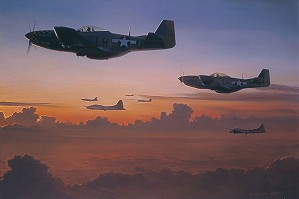 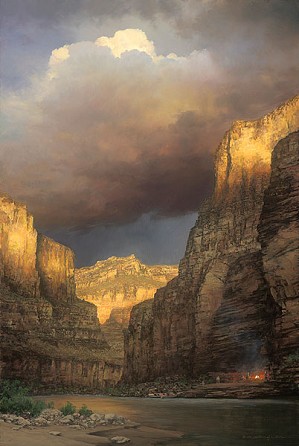 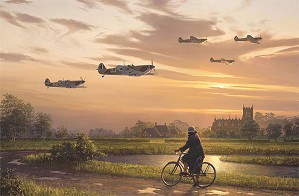 William Phillips On Wings and A Prayer ANNIVERSARY EDITION ON 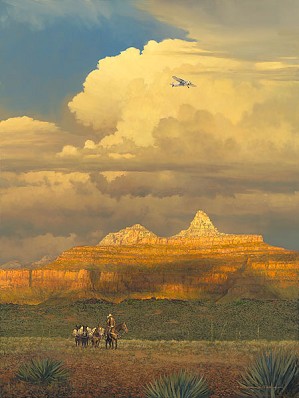 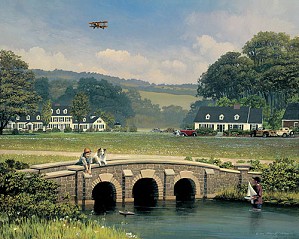 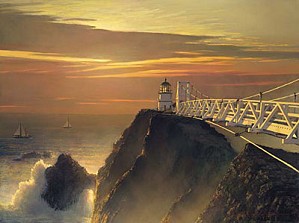 William Phillips GUARDIAN AT THE GATE