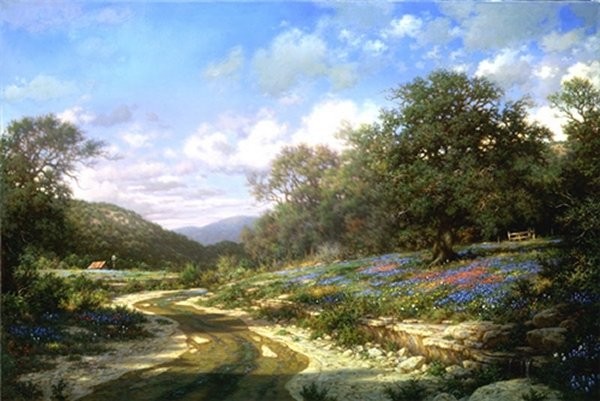 NOTES: Larry Dyke is one of the most talented and versatile artists in print today. Although he is best known for his detailed paintings of classic golf courses, this artist is equally at home painting a majestic mountain landscape or a small stream in the Hill Country of Texas. This beautiful spring scene is typical of bluebonnet time when nearly every meadow is carpeted with lush blues and purples..

Spring Shadows By Larry Dyke Print Signed & Numbered   by Larry Dyke  is signed by the artist and comes with a certificate of authenticity.