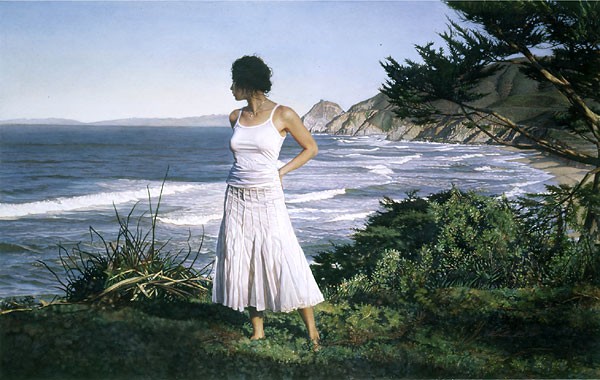 Steve Hanks Beyond the Horizon Limited Edition  Print is eligible for layaway in 3 equal payments of $198.33 over 60 days.

As an option you may also pay for Steve Hanks Beyond the Horizon Limited Edition - Print using Paypal or with your Amazon Account(*select items). Please note that all orders must be delivered to a physical address verified by Paypal or Amazon. These options are not applicable for orders to be delivered to Military or International destinations.
For Military APO/FPO orders please use our standard checkout. For International Delivery, please click on the International Shipping Icon to see the landed cost to your country. No Sales Tax Except In The State Of Florida.

NOTES: Collectors love Steve Hanks’ work for his heartwarming portraits of children and families, his sensitive depictions of women and his prodigious skill with watercolors. Hanks has amassed an impressive collection of accolades and recognitions and 2007 was no differentùthe Weems International Art Fest chose Steve as the featured artist for their 25th annual show. A Hanks painting will be the cover of the March/April 2008 issue of Art of the West which will carry a feature on the artist and American Artist Watercolor magazine declared him a “Modern Master” and a watercolorist who “inspires and informs” in their Winter 2008 issue.Their cover image was this Hanks’ exquisite new painting Beyond the Horizon.

“The Pacific Ocean is one of my great loves,” says Hanks. “It’s the ultimate edge. It’s a place for contemplation and reflection, a place to remind us of the scale of our one life against the great forces of nature. ”The ocean, with its vast horizons and pounding surf, has been a source of endless inspiration to Hanks. As with many Hanks paintings, the scene is layered with mystery. Who is this woman? Is she pressed against the edge of the earth or is she contemplating her wide-open future? Beyond the Horizon, with its spectacular sea and landscape, make a provocative and sophisticated statement. Find out why this artist’s star continues to rise..

Beyond the Horizon Limited Edition  Print by Steve Hanks  is signed by the artist and comes with a certificate of authenticity. 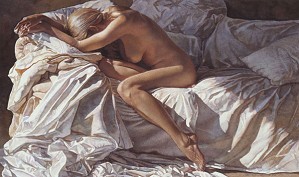 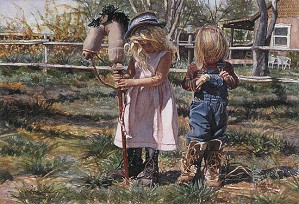