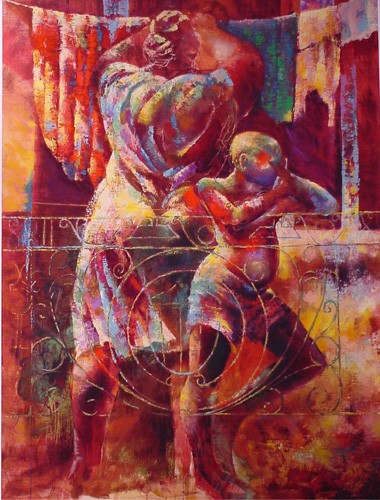 Paul Goodnight Partly Padded Deluxe Serigraph   is eligible for layaway in 3 equal payments of $666.67 over 60 days.

As an option you may also pay for Paul Goodnight Partly Padded Deluxe Serigraph using Paypal or with your Amazon Account(*select items). Please note that all orders must be delivered to a physical address verified by Paypal or Amazon. These options are not applicable for orders to be delivered to Military or International destinations.
For Military APO/FPO orders please use our standard checkout. For International Delivery, please click on the International Shipping Icon to see the landed cost to your country. No Sales Tax Except In The State Of Florida.

Partly Padded Deluxe Serigraph   by Paul Goodnight  is signed by the artist and comes with a certificate of authenticity.

Thanks to television and movies, millions of people see the works of Paul Goodnight and don't even know it. You could be watching Will Smith in "Fresh Prince of Bel Air," "Seinfeld," "ER" or the award-winning movie "Ghost," and at some point, you will probably notice his distinctive paintings on the walls. Goodnight has developed his own unique aesthetic philosophy to document the humanity of people around the world, often incorporating African themes and symbols to provide depths of history and culture. For his ability to capture these elements and integrate them with sport, Goodnight was selected as the American Sport Art Museum and Archives' 1997 Sport Artist of the Year. Goodnight has developed a strong and influential following. Former Detroit Pistons point guard Isiah Thomas and actor Wesley Snipes are just two frequent buyers of Goodnight's work. He routinely sends pieces to the Hollywood Cinema Arts where TV and movie set designers choose artwork for productions. His first break came in 1982 when a print was selected for "The Cosby Show" and he continues to receive acclaim and recognition today. This African-American artist, who specializes in ethnic images, never had it easy. Traumatized by two years of fierce combat in Vietnam, Goodnight returned home mentally devastated. It wasn't until he looked to his childhood passion of art that he turned the corner to recovery. His hobby quickly turned into a profession after he received his degree from the Massachusetts College of Art in 1976. His creative efforts are nurtured and inspired by several artists. Today, Goodnight continues to interact and correspond with master African American artists and mentors, John Biggers and Alan Rohan Crite. Through the years, he has developed his own unique aesthetic philosophy to document the humanity of people around the world. His African themes and symbols provide a one-of-a-kind depth to history and culture. He has contributed much to the athletics arena of art, most notably in 1996, when he created "Feet Don't Fail Me Now" to commemorate the Centennial Olympic Games in Atlanta. Goodnight has studied and he travels extensively to different parts of the world, living among the people of Russia, China, Haiti, Nicaragua, Africa and Brazil. It is during one of these travels to Senegal that the artist said he learned the meaning of black beauty. Goodnight finds that galleries are hesitant to show his ethnic images, focusing instead on the more classical Eurocentric works. Today, he continues to work in a variety of media, including acrylics, pastels and mixed media. 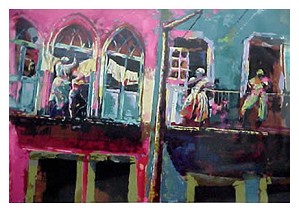 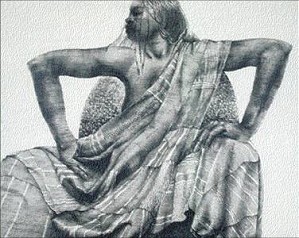 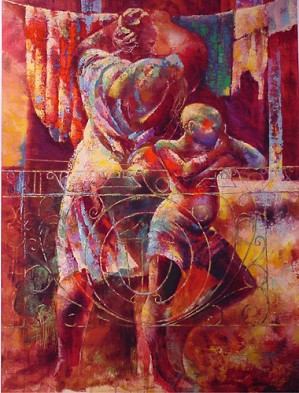 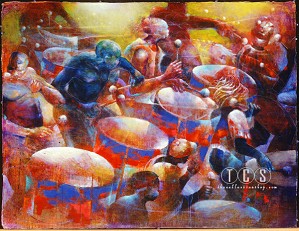 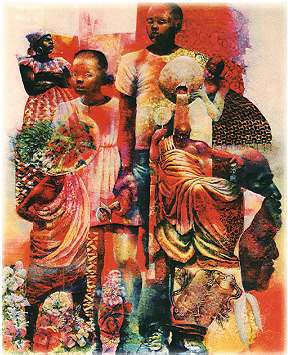 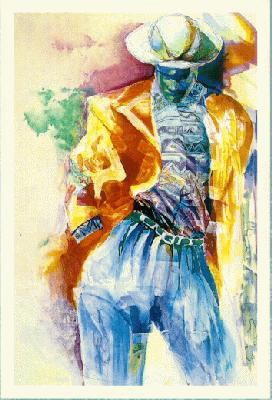