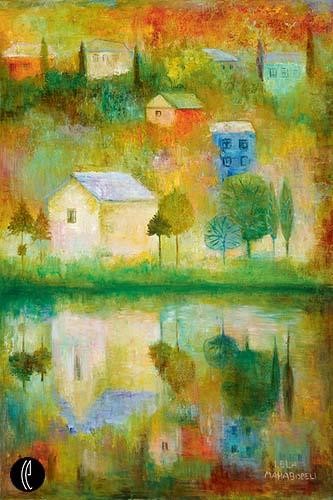 As an option you may also pay for Lela Childhood using Paypal or with your Amazon Account(*select items). Please note that all orders must be delivered to a physical address verified by Paypal or Amazon. These options are not applicable for orders to be delivered to Military or International destinations.
For Military APO/FPO orders please use our standard checkout. For International Delivery, please click on the International Shipping Icon to see the landed cost to your country. No Sales Tax Except In The State Of Florida.

Childhood   by Lela  is signed by the artist and comes with a certificate of authenticity.

Lela Maharobeli was born on June 11, 1975. (In Georgian, her name means "messenger of good news".) Her father and mother are both artists' her father being one of the best-known Georgian artists, Avtandil Maharoblidze, a teacher to dozens of now famous Georgian artists. At eighteen, after graduation from high school, Lela began studying at the Georgian State Academy of Art and graduated from the Academy in 1999. Lela began to exhibit her works very early in her career in galleries across Georgia and abroad. Lela held her first Exhibitions in the United States at nineteen at the Robert Aaron Young Gallery in New York City and Sloan Gallery in Denver; she held her first Solo Exhibition at the Russian Art House in Atlanta. Today, Lela is married to a successful banker and is the mother of a son, Georgi. Her paintings are currently exhibited at the Contemporary Art Museum in Batumi, Georgia and the in Kaizer Gallery in Germany; various private collections. 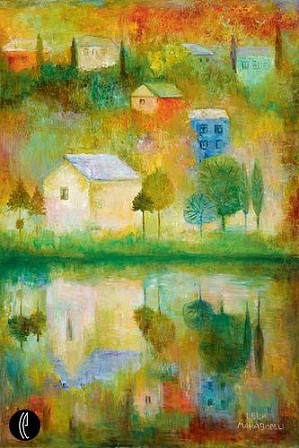 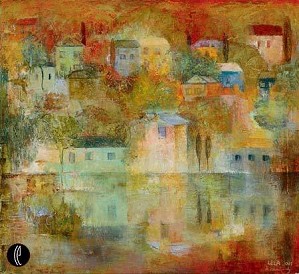 Lela In The Village 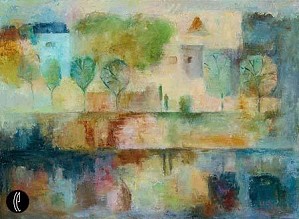 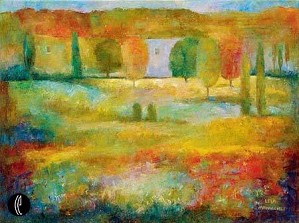 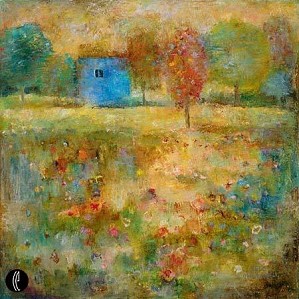