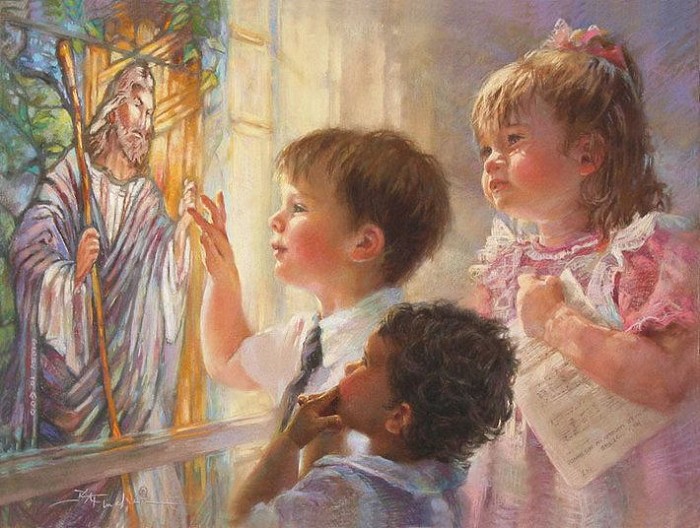 In His Hands Canvas - CAFI011  Lithograph

NOTES: In His Hands Canvas Fourth in a series of paintings based on children in their church home, "In His Hands" is inspired by the traditional children's song "He's Got the Whole World in His Hands." These three young churchgoers are captivated by the radiant light pouring through the stained glass of Jesus knocking at the door; the light touching and resting on the faces of each child. As portrayed in the song and painting, God's hand reaches out and holds little bitty babies, you and me, brother and sister, in His hands. The stained-glass window of Jesus knocking at the door is one of twelve windows reflecting the life of Christ in artist, Kathy Fincher's, home church. As an active volunteer with children of all ages, Fincher strives to capture traditional songs and stories sung and shared for generations in traditional Sunday schools around the country. These three children are from the community of the artist. Fincher prays that some of the light that shines through the painting of the Christ knocking at the door, will reach out, touch, and open the hearts of the viewer..

In His Hands Artist Proof  Lithograph by Kathryn Fincher  is signed by the artist and comes with a certificate of authenticity. 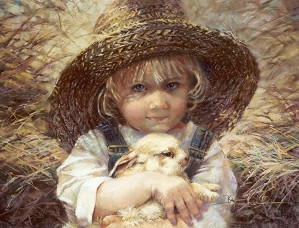 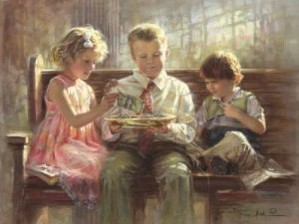 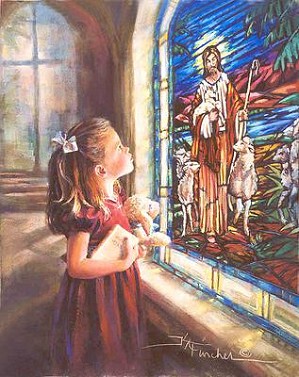 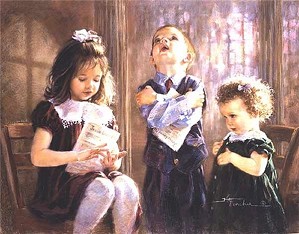