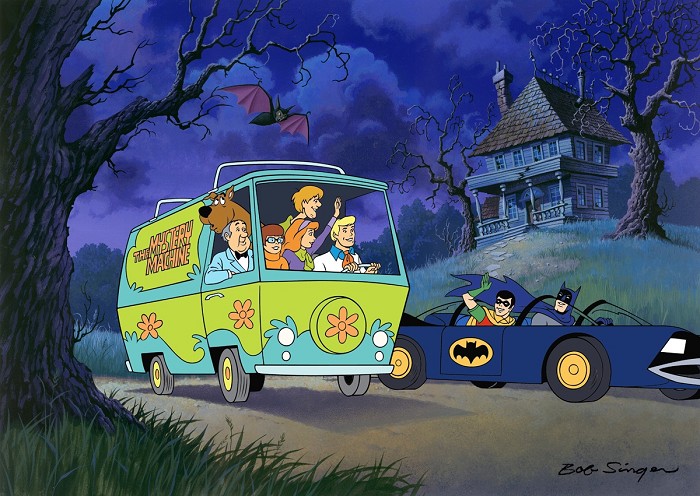 As an option you may also pay for Hanna & Barbera Scooby-Doo Meets Batman & Robin - Hand-Painted Limited Edition Cel using Paypal or with your Amazon Account(*select items). Please note that all orders must be delivered to a physical address verified by Paypal or Amazon. These options are not applicable for orders to be delivered to Military or International destinations.
For Military APO/FPO orders please use our standard checkout. For International Delivery, please click on the International Shipping Icon to see the landed cost to your country. No Sales Tax Except In The State Of Florida.

NOTES: This image was created by Bob Singer, who was the original layout artist for the Scooby-Doo series, as well as The Flintstones, The Jetsons and Jonny Quest. Scooby-Doo Meets Batman and Robin was part of a series of crossovers featuring guest characters such as Sonny and Cher. Laurel and Hardy, The Harlem Globetrotters and The Three Stooges. Other episodic crossovers with the Caped Crusader and Boy Wonder released at this time were œThe Dynamic Scooby-Doo Affair and œThe Caped Crusader Caper. The Batmobile and Mystery Van are both hand-painted on the cel along with the characters giving the artwork great depth against the haunted house background.. 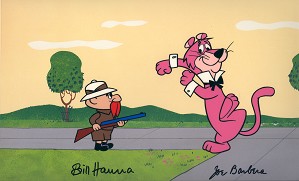 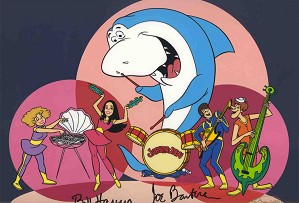 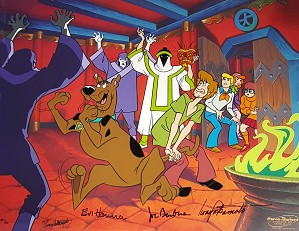 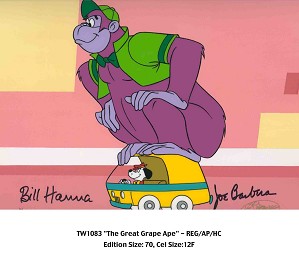